On Saturday I made a quick trip down into Calderdale hoping to find a few uniques in the game of Ingress. Unfortunately I have been round most of them in the last 3 years. I stopped off in People’s Park, Halifax for a walk around. The portals in there were mainly level 8 and so the intention was that they would provide kit to use back around Baildon and Saltaire. However the temptation was too much, driving back under green is not good, and so I got back home with less kit than I started with.

In People’s Park I spent a bit of time talking to people from a local photography group. Their task was to photograph a single flower, and to photograph the balustrades, one photo with just one balustrade in focus and another photo with three in focus. They had been learning about depth of field. I didn’t feel too out of place because I did have my camera over my shoulder. So I took some photos, but not of flowers. 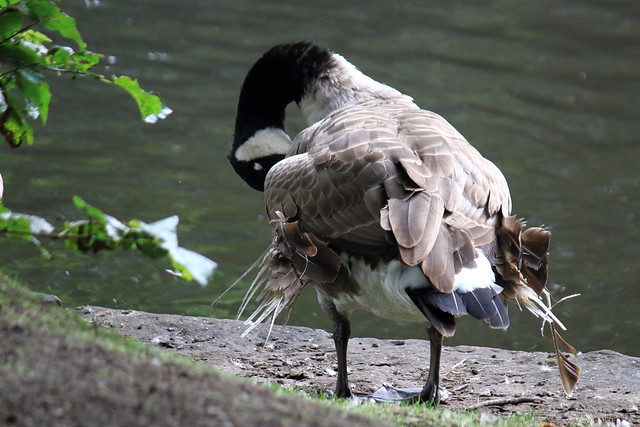 It looks as though this Canada Goose has just been on a migration. Migrating to Halifax, why not? Its wing feathers are in a bit of a state. 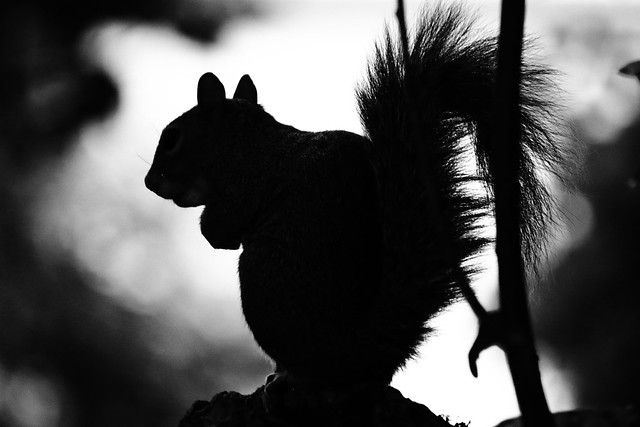 And in the park a squirrel kept raiding one of the bins and running back to the shelter of the bushes.