This posting is out of sequence because my trip to Hull was in February 2017 but who’s counting? 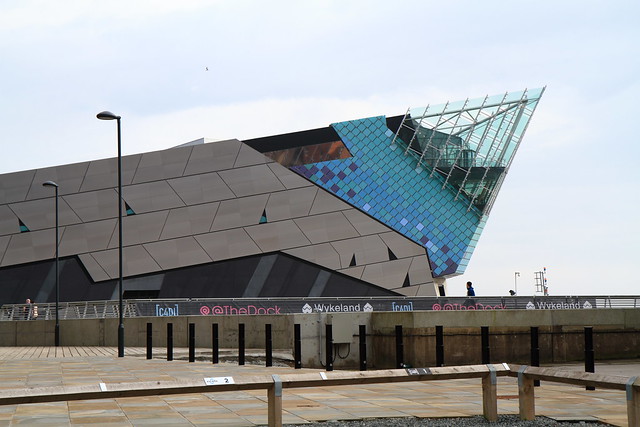 A trip to Hull has to include a view of The Deep. I have yet to go in but I have heard good reports about it. If I ever give up Ingress I may actually get time to go into these places. 🙂 (portal link) 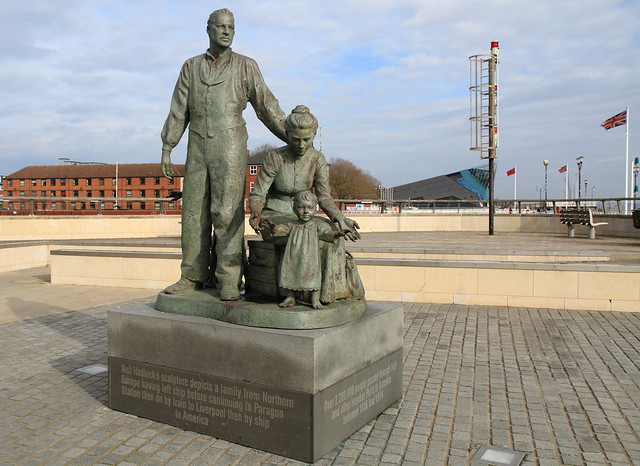 This Neil Hadlock statue on Hull Marina is, as the words say, to acknowledge the fact that millions of people passed through Hull from Europe on their way to America between 1836 and 1914. What can’t be seen in this shot is their older son, behind them, prodding a crab with a stick. (portal link) 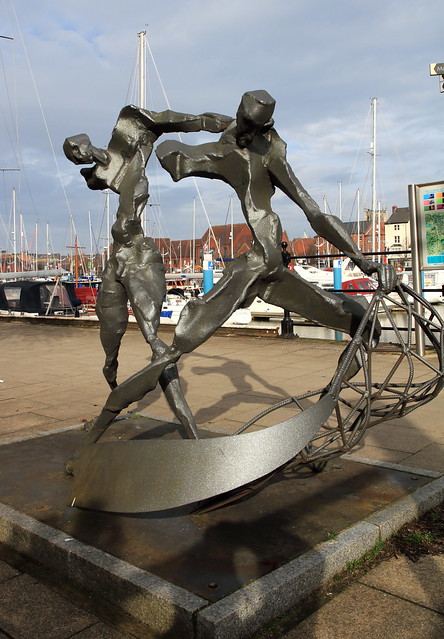 I can’t say much about this sculpture at Hull Marina other than it seems to signify something about the struggle of fishing. (portal link) 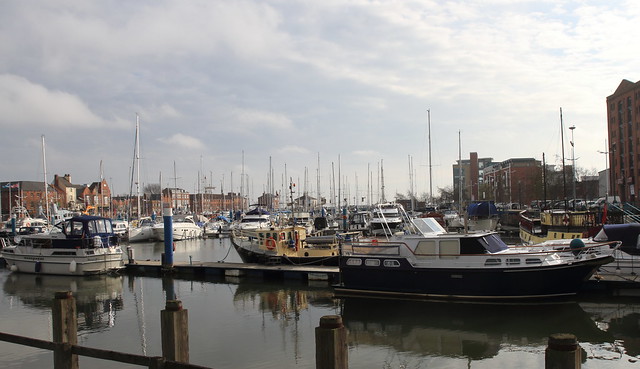 This is a simple shot of Hull Marina 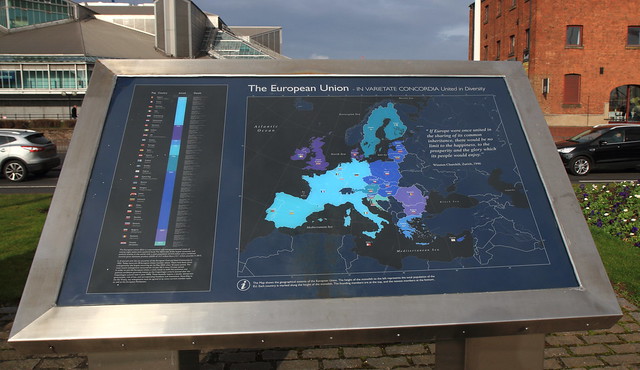 The European Union. With some words by Winston Churchill:-
If Europe were once united in the sharing of its common inheritance, there would be no limit to the happiness, to the prosperity and the glory which its people would enjoy. Perhaps it lost its way a little with unity being the objective, conveniently forgetting about why unity might be a good thing. 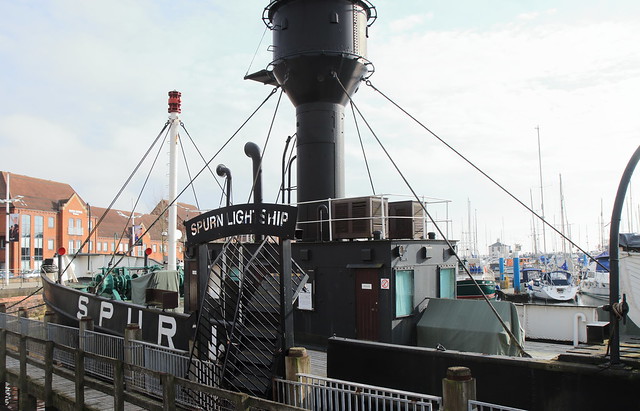 This is the Spurn Lightship that for 48 years was used to guide ships around Spurn Point. I wonder if this was one of the lights I used to see from Grimsby and Cleethorpes when I was a kid? It is another of those things that I might go into if I had the time. 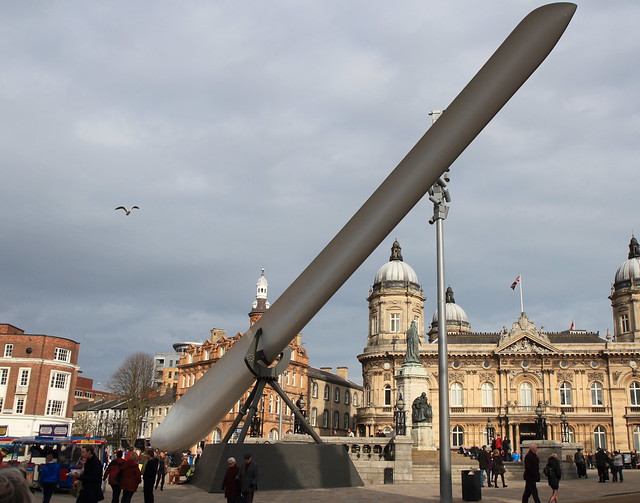 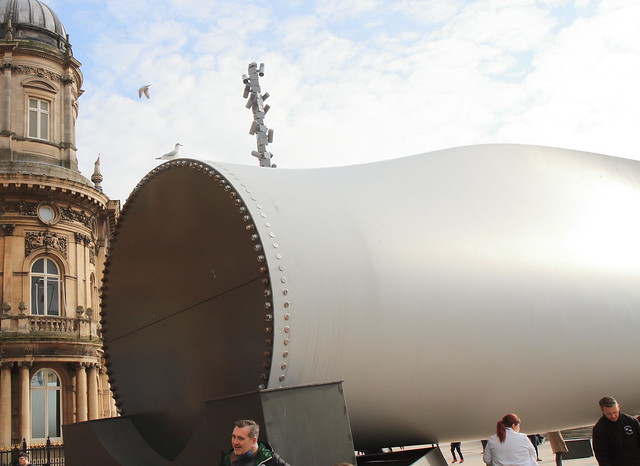 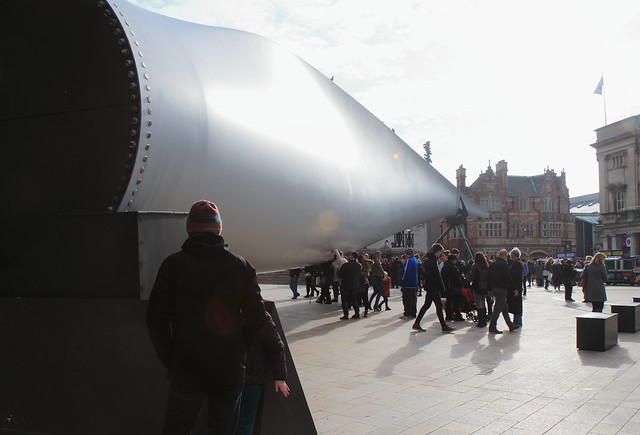 These three photos are of a wind turbine blade in Queen Victoria Square. It is one of the first made in a new Siemens factory near Hull. It is big! I am sure it dwarfs the ones on the wind turbines on land. 75 metres long! 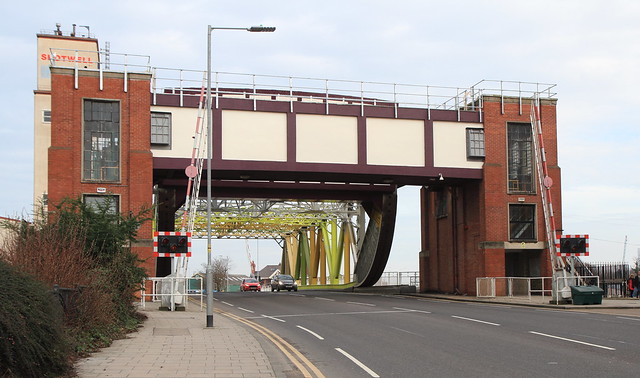 The tilting Drypool Bridge over the River Hull. It has a counterweight to balance the span but I don’t know what drives it. Clever engineering. 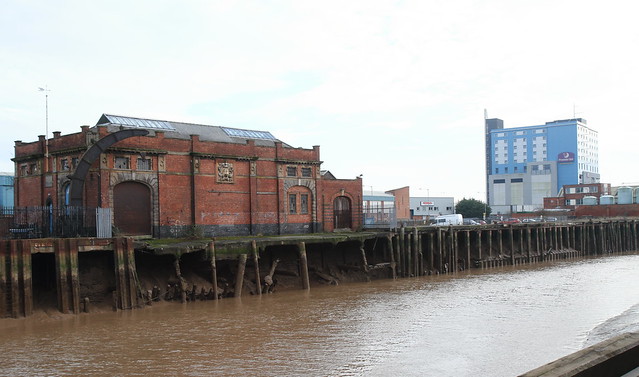 The River Hull. The building looks as though it might be having its foundations eroded so perhaps in another hundred years or so it will fall into the river. 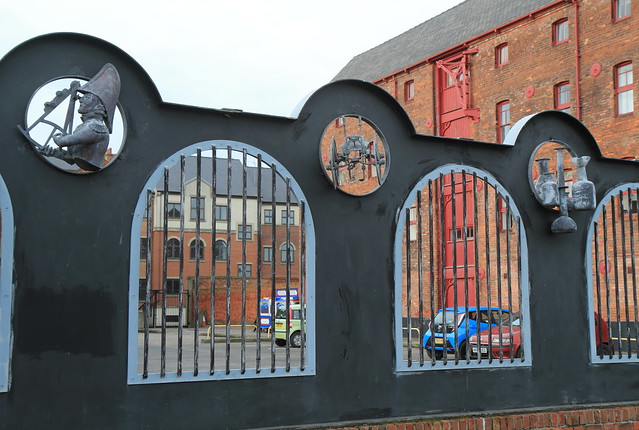 This is the rear of the Streetlife Museum viewed from the River Hull. (portal link) 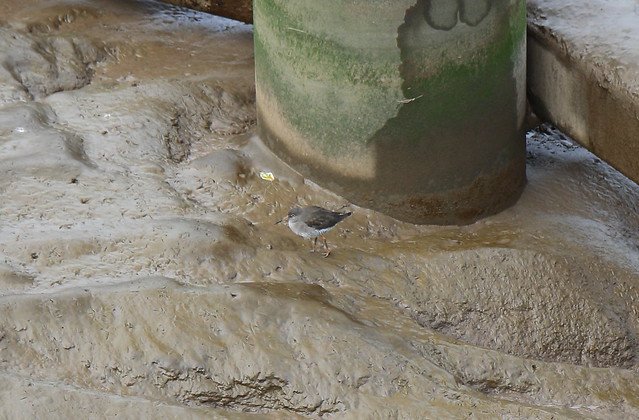 This is a photo of a Redshank wader on the mud of the River Hull. There’s a couple of other shots on Flickr if you want to view them. 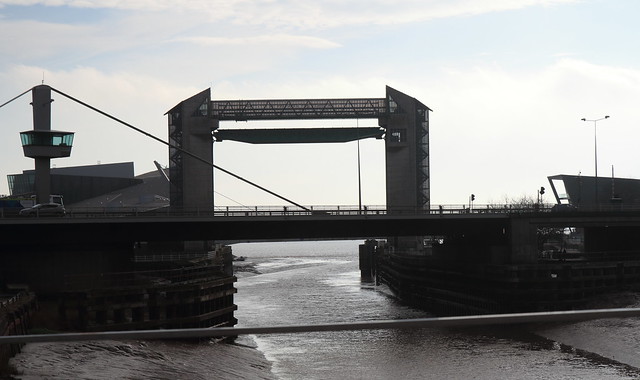 Flood defences for the River Hull. protecting it from the tidal River Humber. 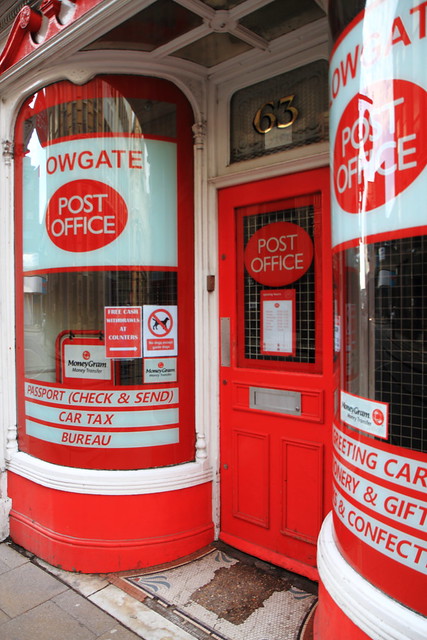 Amazing curved windows of the Lowgate Post Office in Hull. 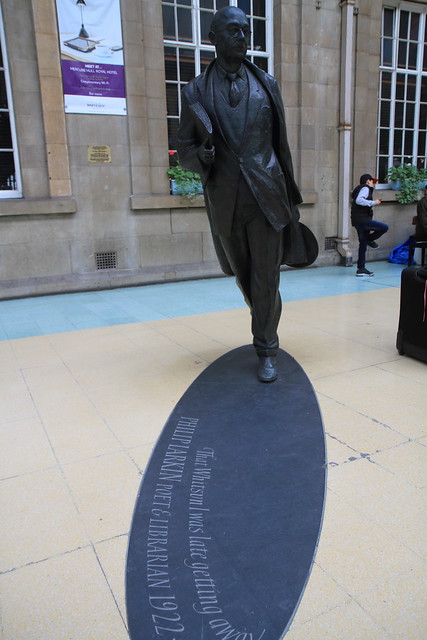 A sculpture of Philip Larkin in Hull station. He died in Hull in 1985. (portal link) 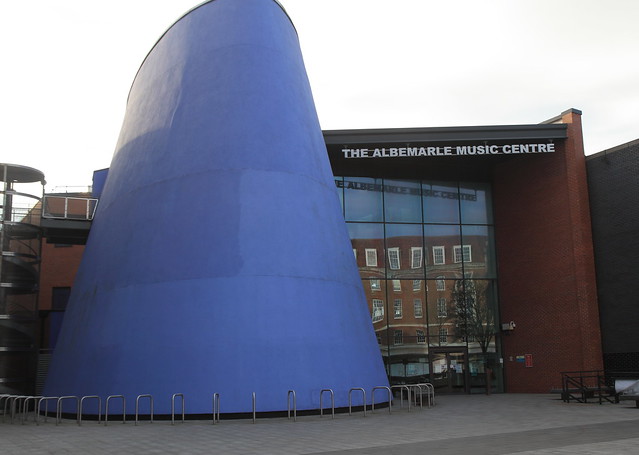 The Albemarle Music Centre on Ferensway, Hull. Is this something else that I should go inside of to see? I wonder how the blue structure features in the interior.