Apologies for it being so long again since I posted anything. Here are some photos from early June. As usual you can click on the image to view it full size on flickr.

Most mornings on the way to work I walk through Robert’s Park instead of walking round the edges of it.

The light in the mornings can shine off the cricket pavilion quite brightly. This was taken on the morning of 8 June 2015.

I often have a walk through the park at lunch time too. There are several things from the Spring/Summer that I have seen and heard in Robert’s Park. For example a squirrel’s drey, no photo, and lots of Nuthatch. They have been very noisy. But this is one of the birds that is easy to spot. A Robin posed nicely on a tree stump on the morning of 10 June 2015. 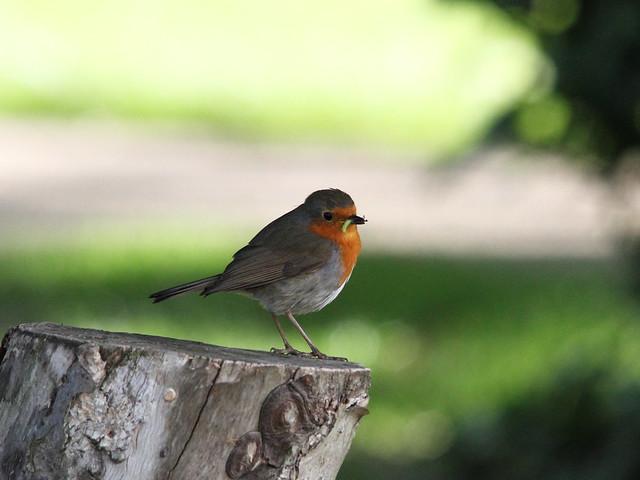 The morning sun was also catching this Grey Heron on the weir at Saltaire. 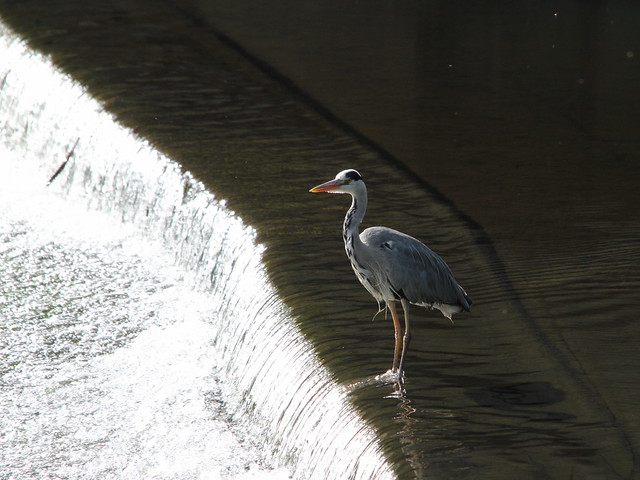 The weir was particularly frothy on this morning. 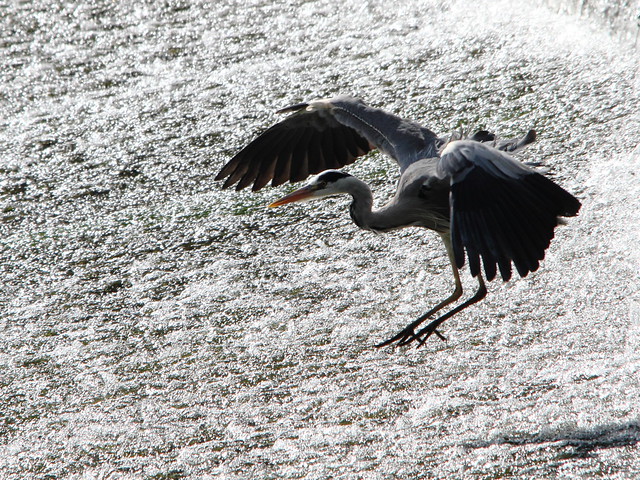 At lunchtime on 10 June I walked down the Leeds Liverpool canal hoping to improve on my Sparrow/Mayfly photo (next year perhaps) and met this character stalking along the canal side. 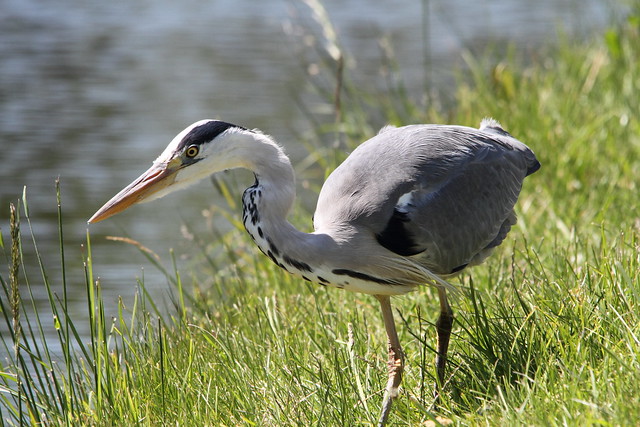 I wouldn’t like to be stabbed by that beak, it looks quite sharp and mean. But how do they get the fish down that throat? It only looks big enough for tiddlers. 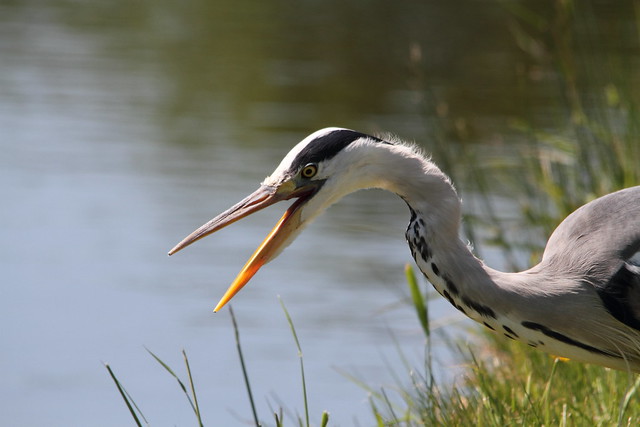 And for those wanting to know what Sparrow/Mayfly photo I want to improve on – it’s this one. It might take me a while to get a better one than this but I will keep trying. 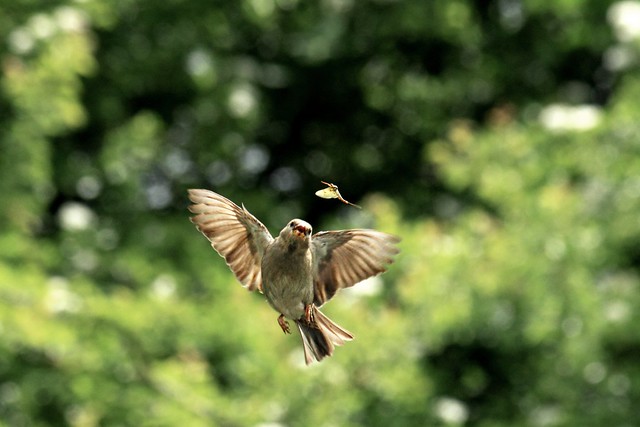