As usual you can click on an image to see it in the album on flickr. There are several more photos within the album. 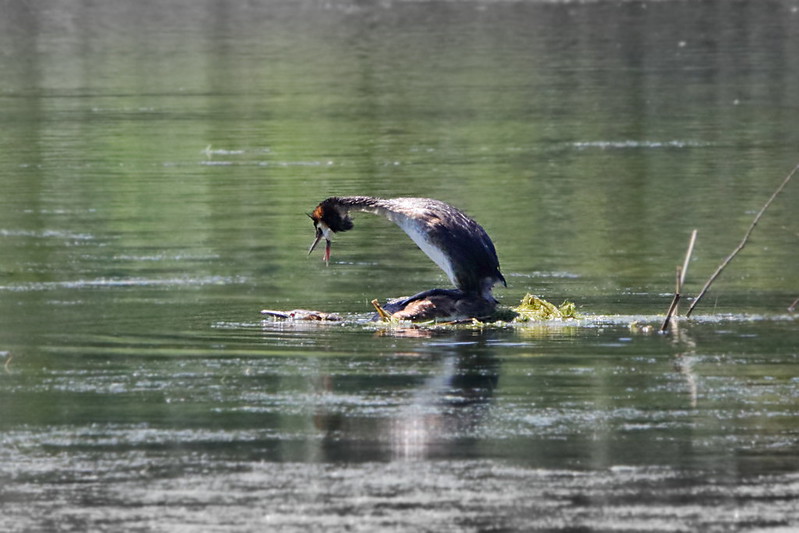 The first hide was looking out onto a pair of Great Crested Grebe. I know they are diving birds but here I think she might have been thinking that they could have built the nest a bit higher before mating. 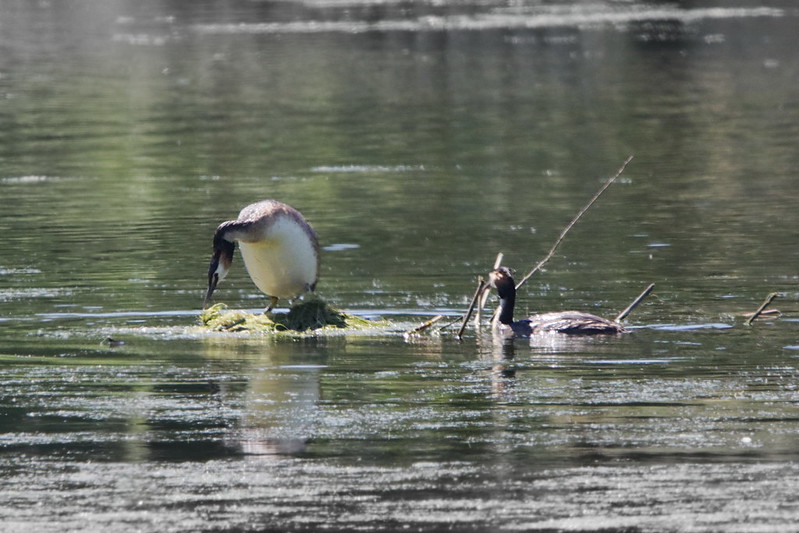 They did then spend some time building the nest. 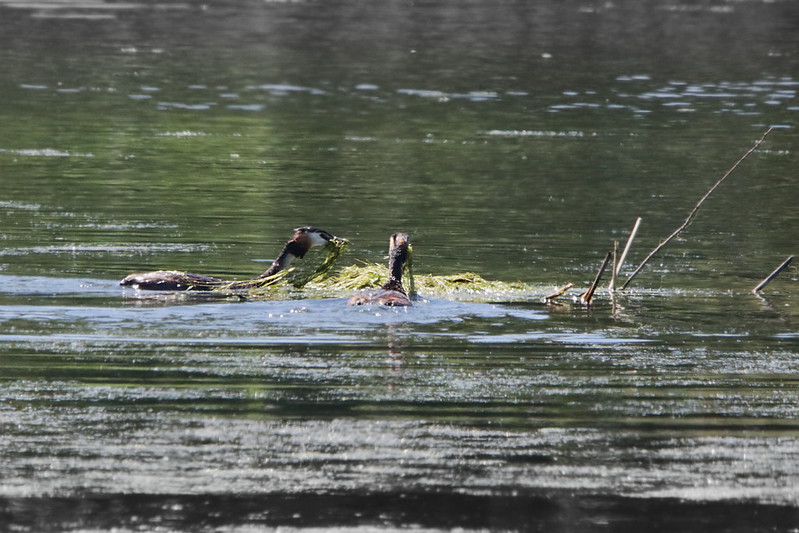 It was a joint effort bring the stuff in to build it. 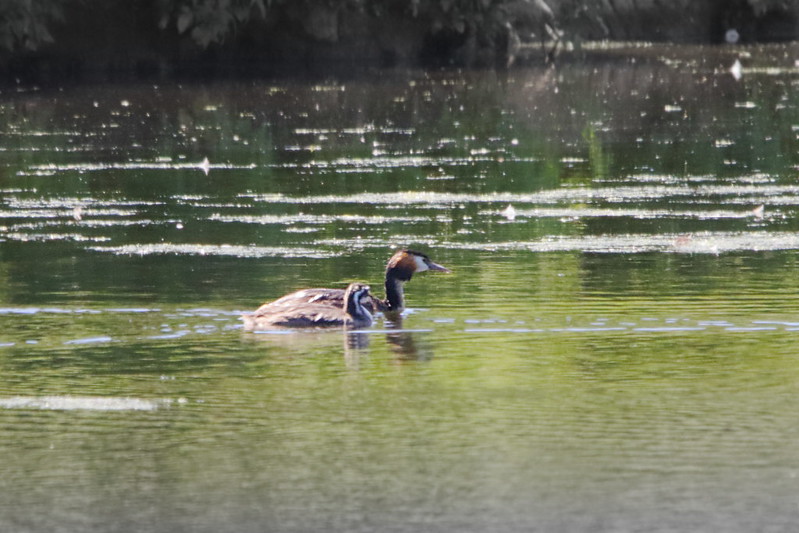 I don’t know if this is one of the nest builders but it is with a young Grebe. 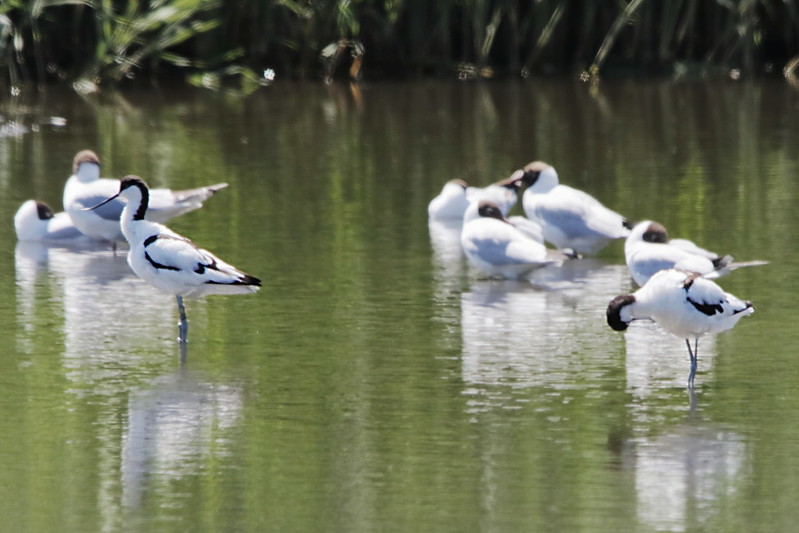 As I left the hide a couple walking the other way asked me if I had seen the Avocet on the Duck Marsh – so that was the next hide to visit. Two Avocet in front of a few Black Headed Gulls. This is a first for the reserve. 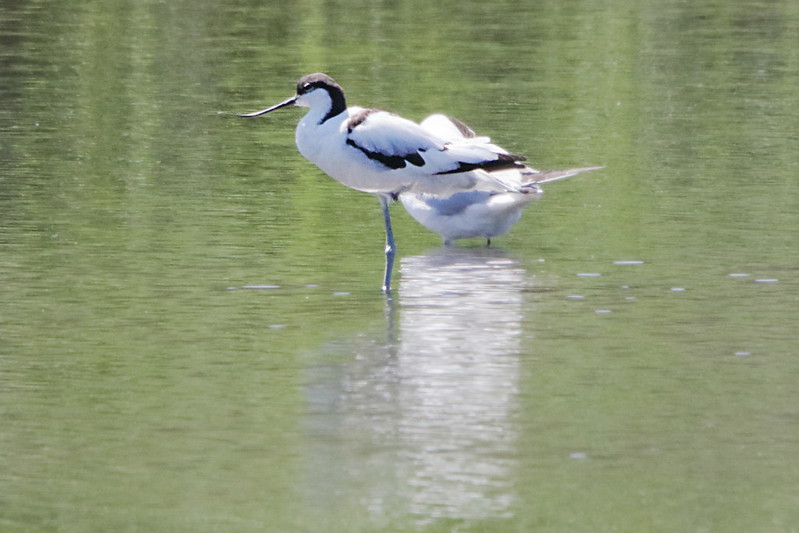 The long, thin, upward curved beak is evident in this shoy. 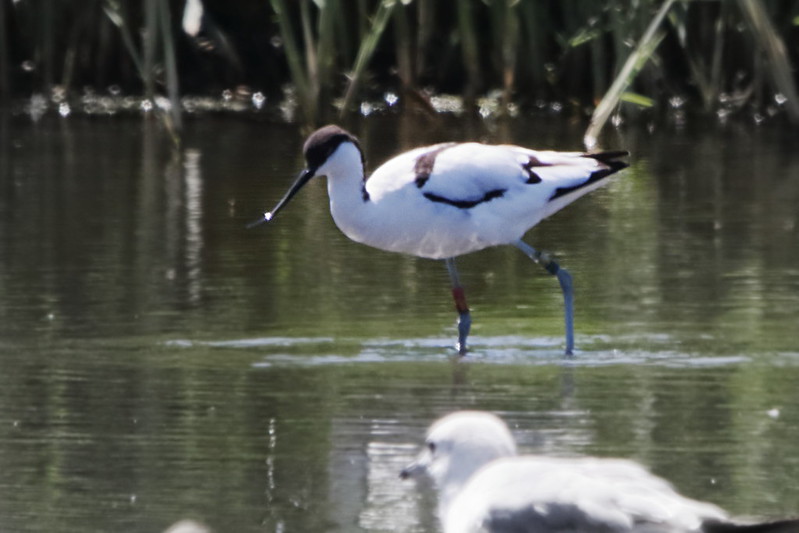 One of them has rings on its leg. I think they are – left leg, white on top of green. Right leg, red on top of orange. Hopefully others have better views and have been able to find out where it was ringed. 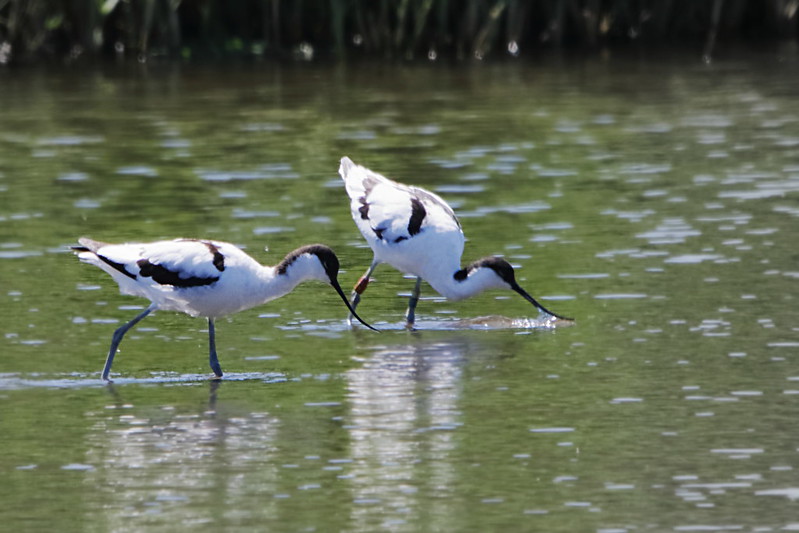 The upwards curve of the beak means they can sweep it along the surface of the water and catch the aquatic insects. 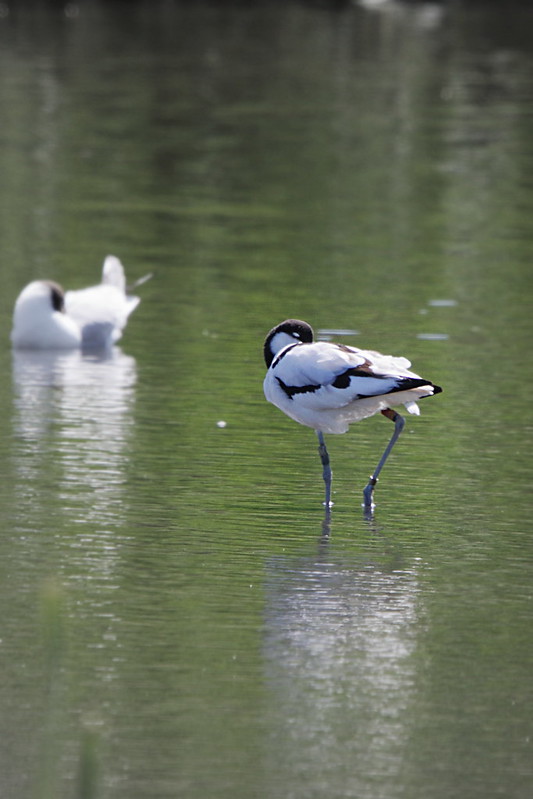 It looks as though the ringed bird also has one on its right leg. Are all 5 needed to identify it? 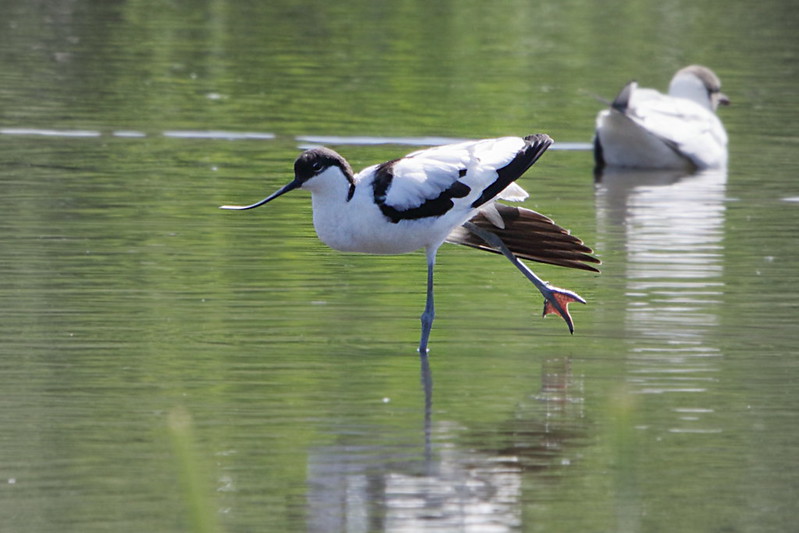 And they have little webbed feet. 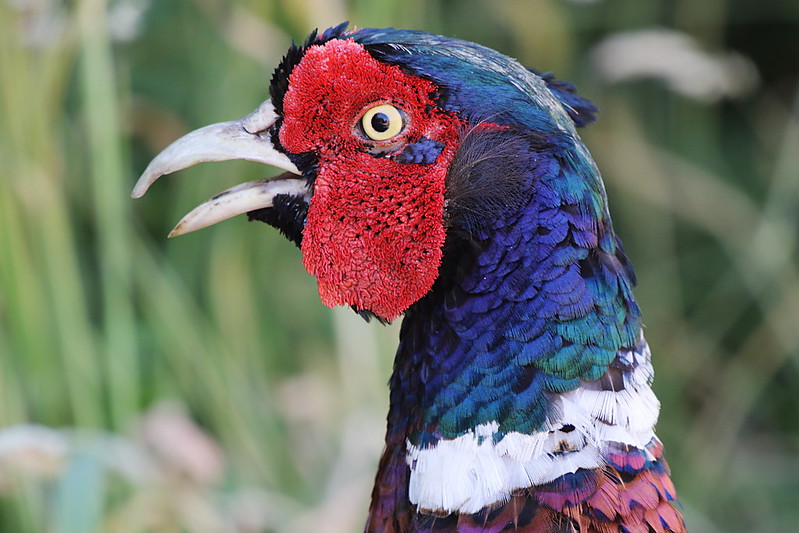 I walked around the wild flower meadow where there were lots of Meadow Brown butterflies. I approached the gate to the river path by one route just as this Pheasant approached from another. 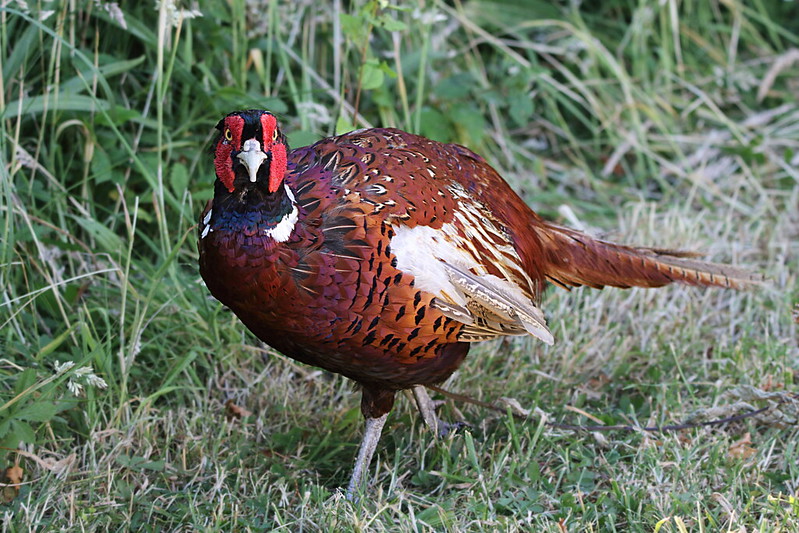 We were both a bit surprised, but also both curious. 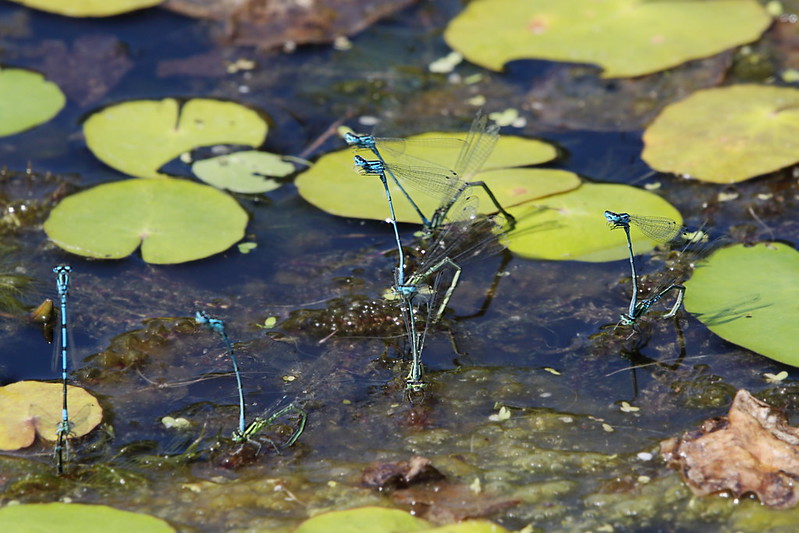 Children were around having a good time pond dipping near the visitor centre and lots of Azure Damselfliy pairs were making sure that there will be lots to dip for later.

I have checked back through my photos of the visit and found some more that I think are worth showing. 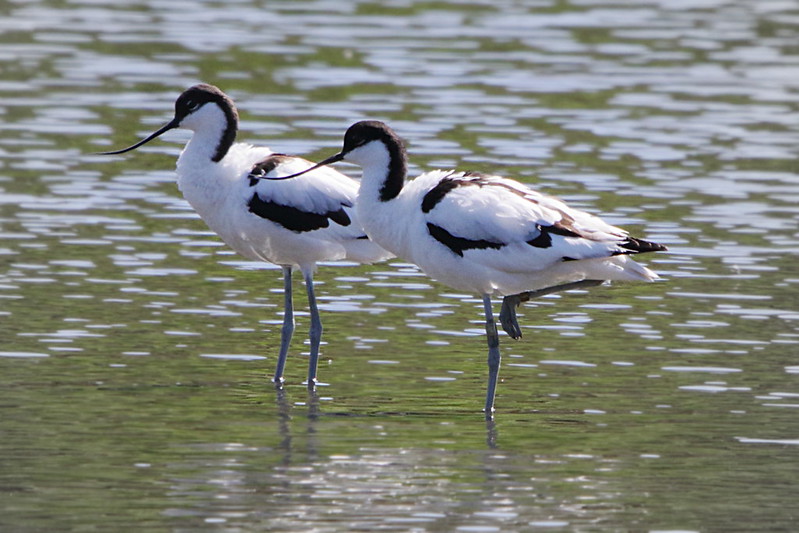 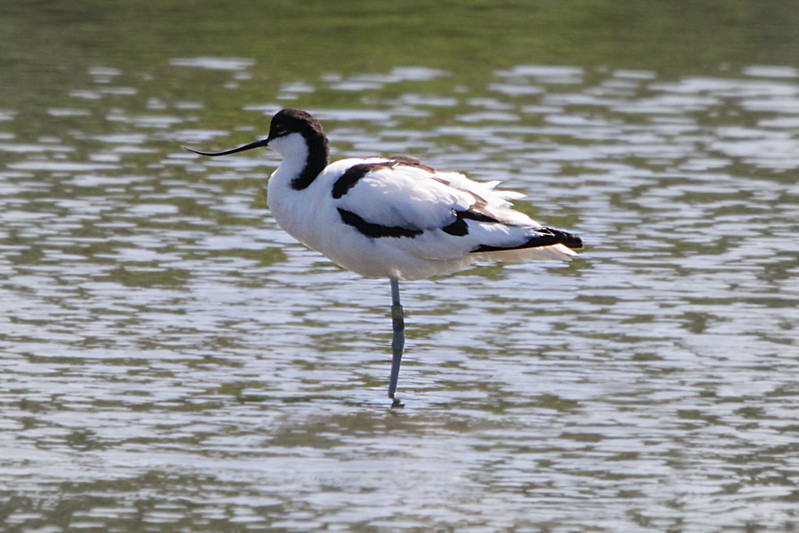 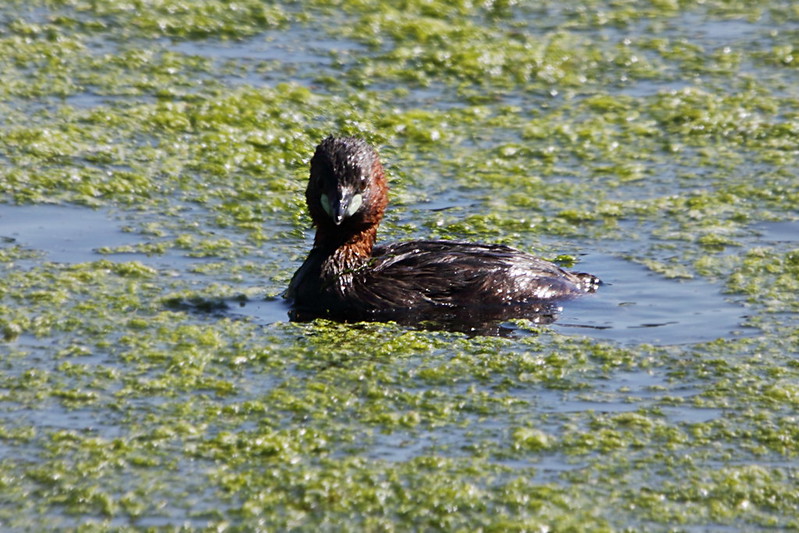 A rather wet looking Little Grebe. 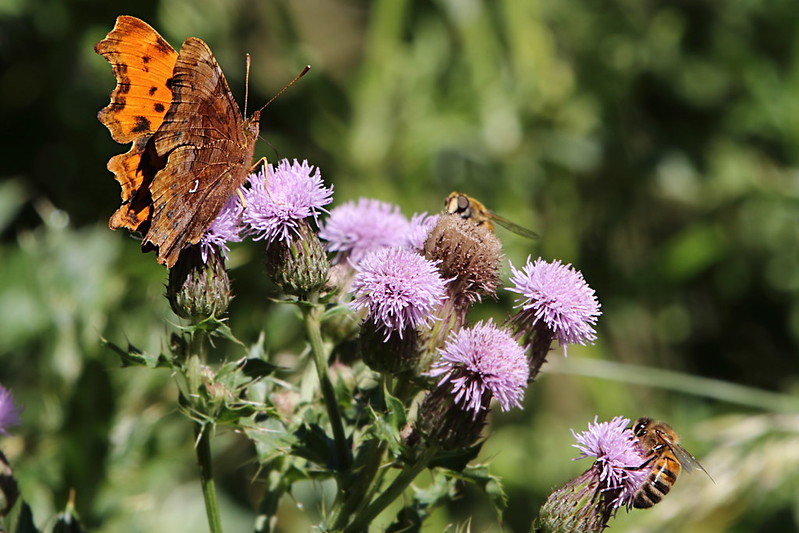 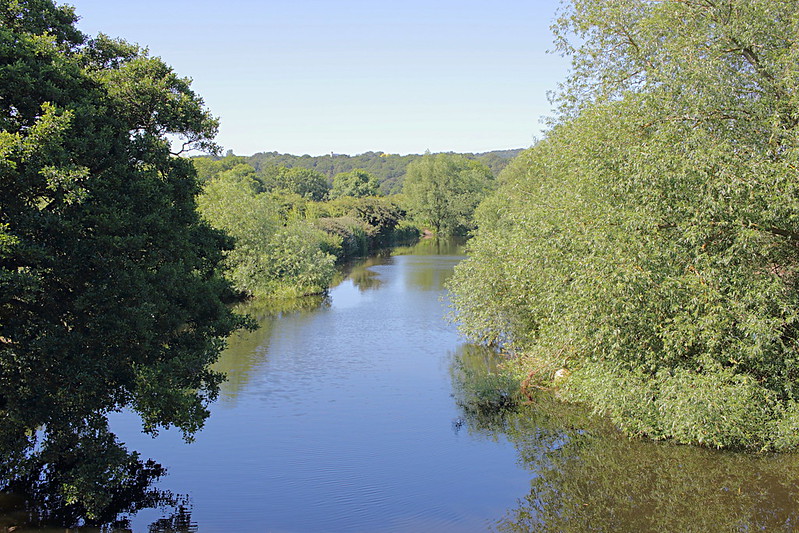 The view from the bridge just inside the nature reserve. Beautiful.