I admit that one of the reasons for going out today was to deploy a few more resonators for the Magnus Builder Architect (sorry to those that are not my G+ followers and Ingress agents) but I did take my camera with me. Another reason to go out was to get my car on a ramp to find out how much of an exhaust system was needed. The back box had decided to part company with the rest of the exhaust the previous day. Those that are not the least interested in Ingress please skip on.

My phone warbled at me while I was at Rodley Nature Reserve and the screenshot above is what it was trying to tell me. It had finally caught up and worked out that I had earned the medal.

However more important things were going on in Rodley Nature Reserve. A Bufflehead Duck had been spotted and people with £1600 binoculars and £8000 camera lenses were turning up. However I left them to it and walked round looking for birds that I might know the names of. 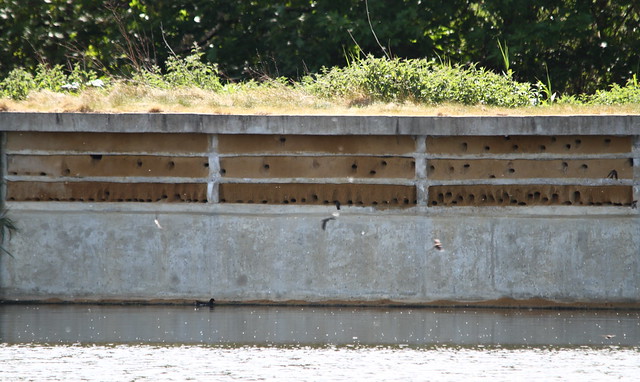 The photo above is of the man made sand bank. It looks a bit different to how it did a couple of months back; and for those that can’t remember…. 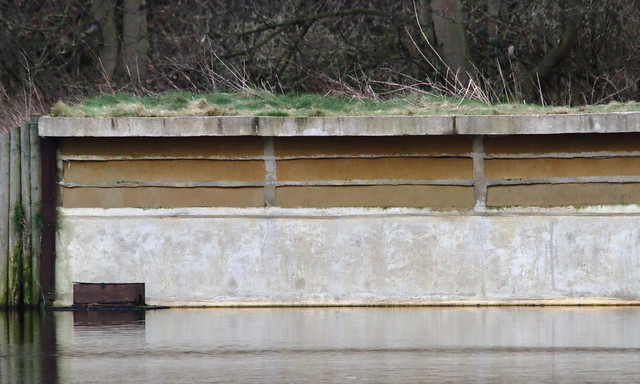 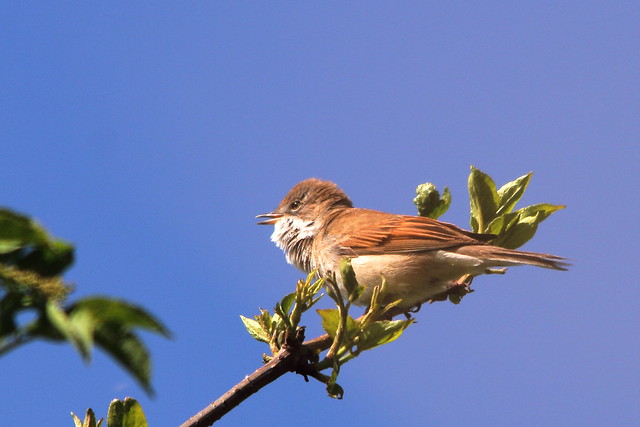 This, I think, is a female Whitethroat. The male has a head that is more grey. The song sounded right but given that I can’t tell the difference between the theme for Star Wars and Indiana Jones that is not saying much. 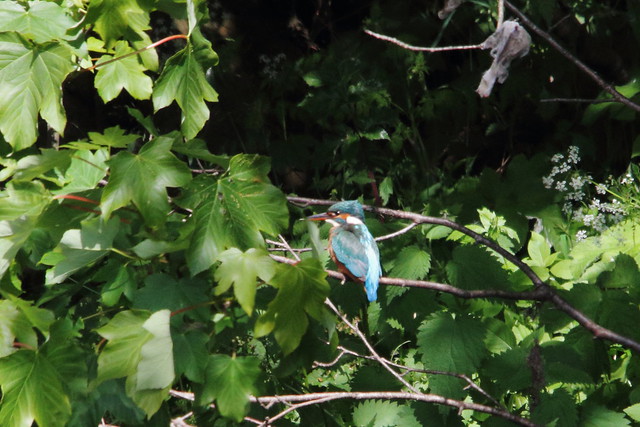 I did catch sight of a couple of Kingfisher and had a chat with a couple of other appreciative visitors. Another visitor wanted to know what we were looking at and was disappointed when I said Kingfisher – he was suitably twitchy and wanted to see the renowned Bufflehead duck. 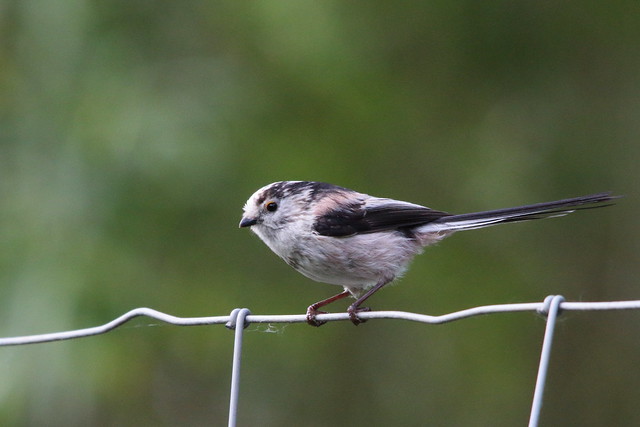 There were a few Long Tailed Tits around and this one obligingly stopped for a second. There were also lots of Swallows, Gold Finch, Crows and a few Lapwing. 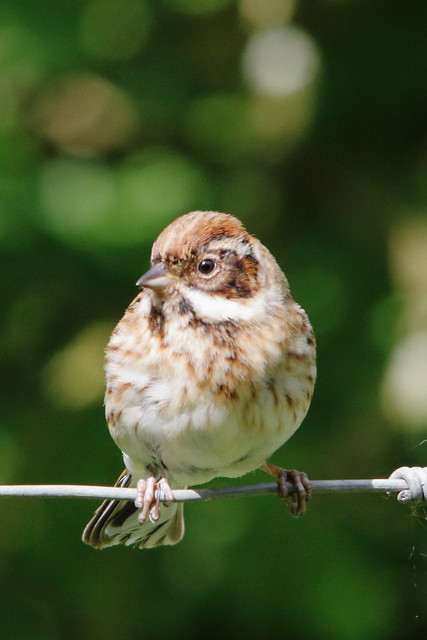 Reed Buntings were also around. I have often seen these on Baildon Moor but this is the first time I have got reasonably close. The one above is a female… 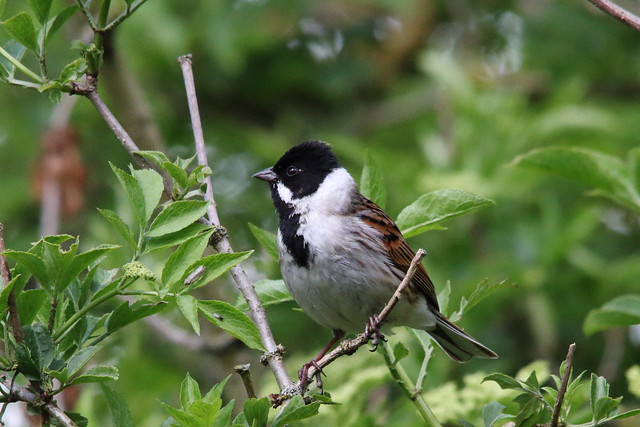 and this one is a male. 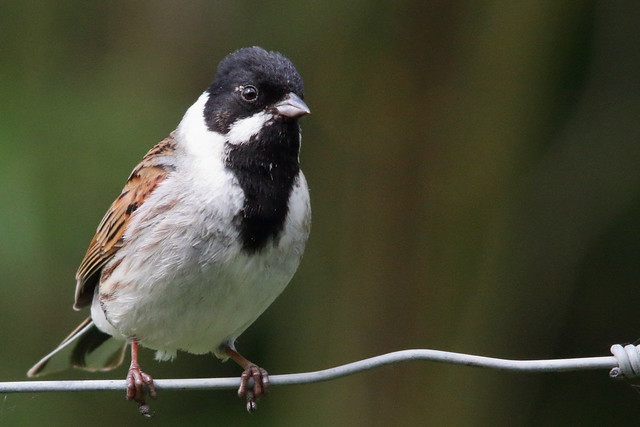 And male again. On Baildon Moor they are often perched on a strand of Bracken that is slightly high and of course many yards away from the path. But that does go to show that is is important to stick to the paths and keep dogs on the path. If you keep to the paths the birds will next say 20 yards away. If dogs, or people, wander of the paths then this can widen to many yards and, if we are not careful, the birds then have no where to nest. 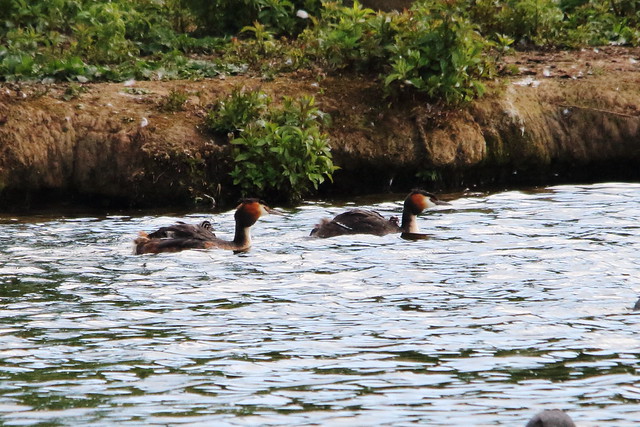 These Crested Grebes were well away from the paths though. You can just see that each has a chick or two on its back, keeping them warm and saving them from all the paddling. 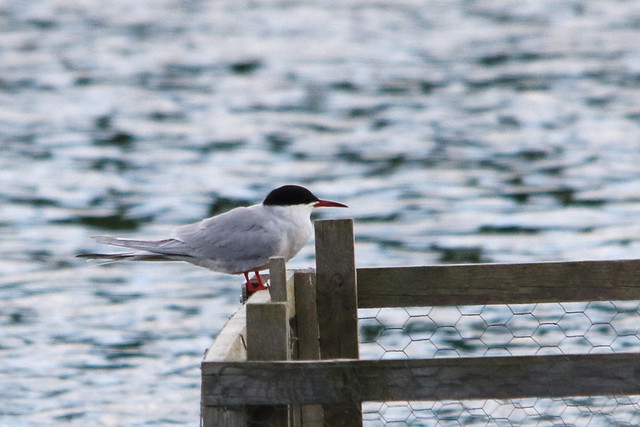 This Common Tern was having what was probably a well earned rest from its flying.