I have decided to split the photos from last weekend into several posts. This is a general one about a walk along the river Aire on Saturday through Denso Marston Nature Reserve and further along towards Shipley but with a bit of emphasis on the masses of Damselfly around. 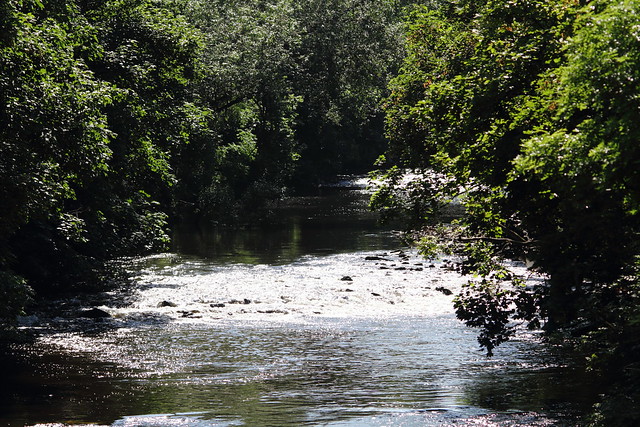 It was quite a hot day so it was good to be near the river and also around the tree cover. 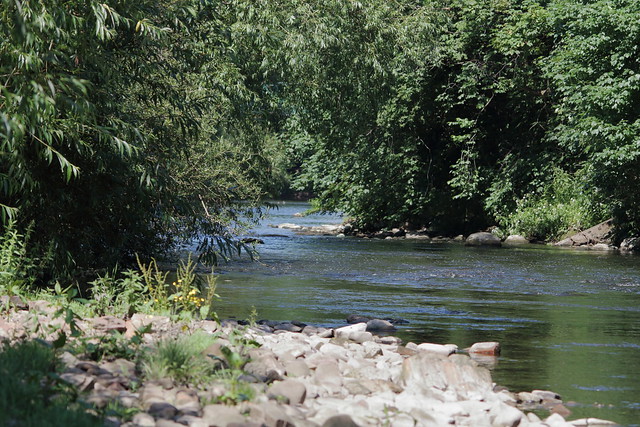 One of the things I was looking for was Common Dipper. I expected to see them on the rocks in the river, but no luck. I did see Grey Wagtails and got a few photos but I’ll post those separately. 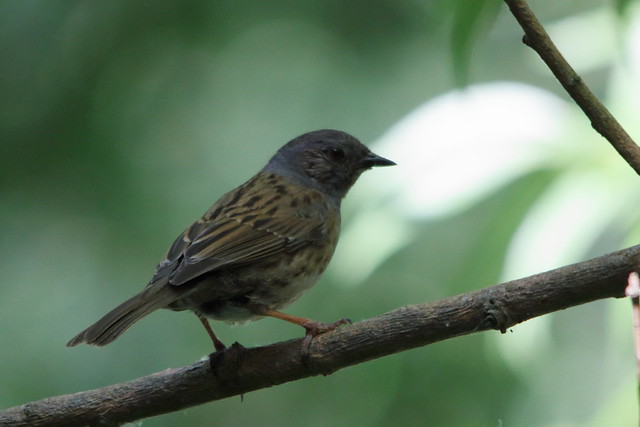 Dunnock showed themselves a few times 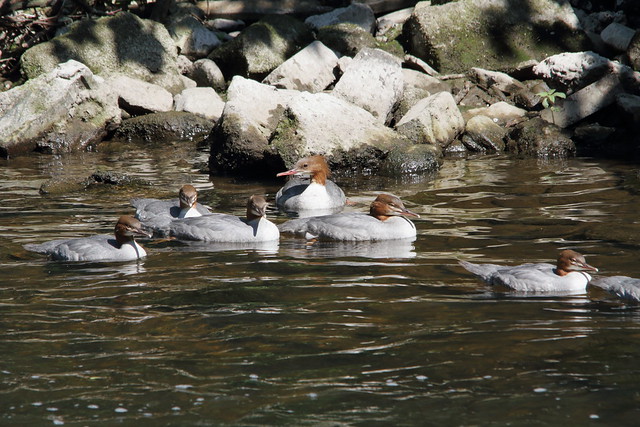 I also managed to catch sight of a family of Goosander. So often they see you first and are off down the river, so all you tend to see is the back end of them.

A few other things spotted were… 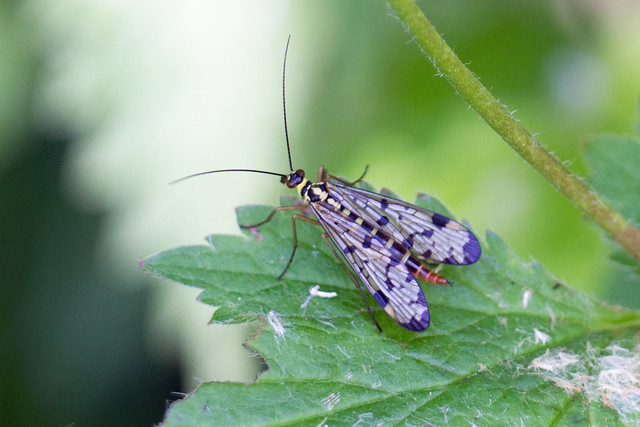 .. a Scorpion Fly resting on a nettle – thanks iSpot for the ID. 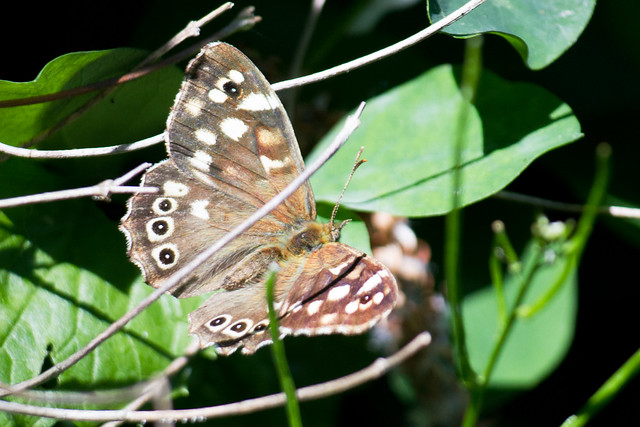 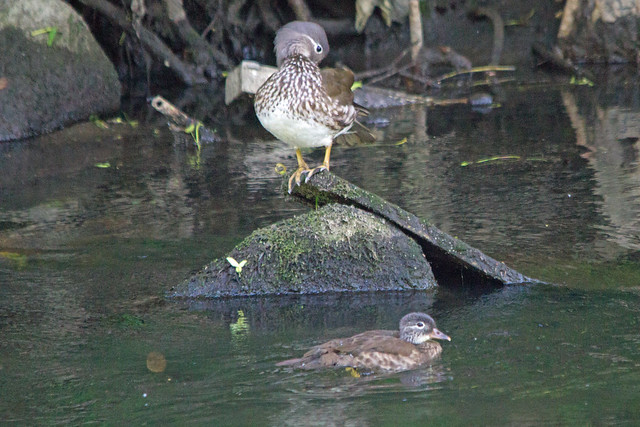 A female Mandarin duck with a decent sized chick. 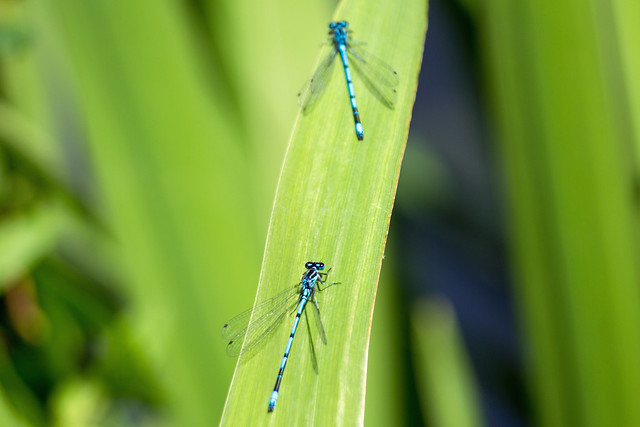 But one of the main interests were the Damselfly. There were dozens. Azure dameslflies 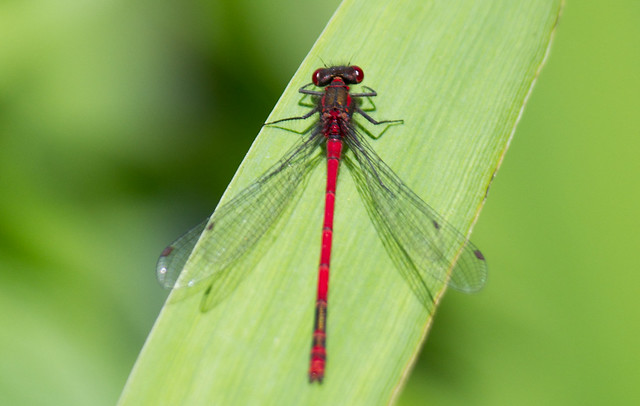 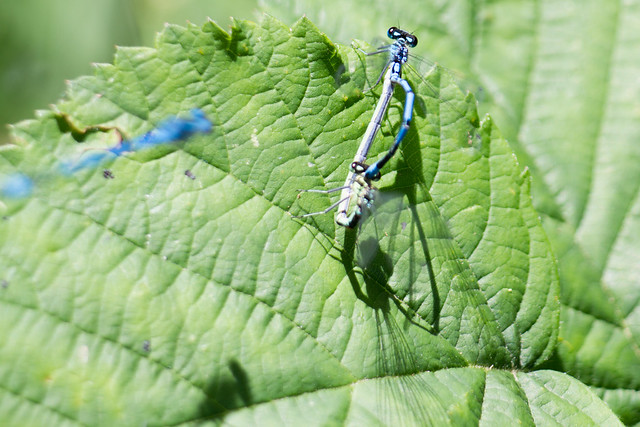 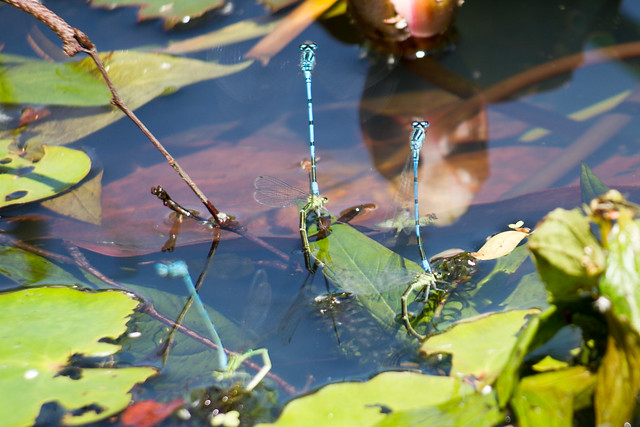 and here are three pairs of Damselflies ovipositing. The males still have hold of the females. 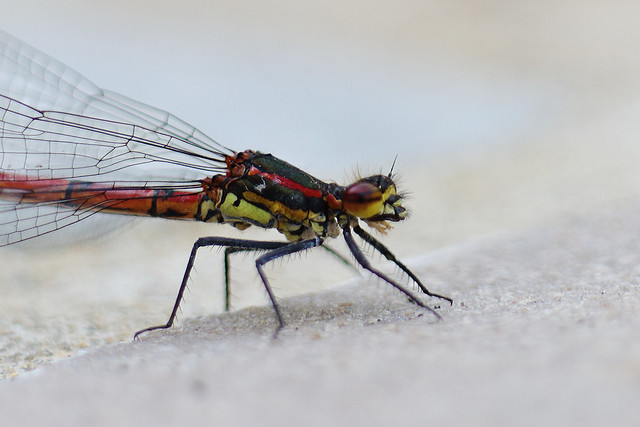 After I had had the fun of watching the Damselflies I got home and found out that we had some at home too. The back door had been open and two Red Damselflies landed in the washing-up bowl. When my wife came back in she saw them in the bubbles and lifted them out by bringing kitchen paper up under them. She then put the paper, with them still on it, on the table outside. When I got home they were on the ground but still alive. This one doesn’t look too bad after its ordeal.