On Tuesday I spent some time in the garden. I noticed an area of Herb Robert twitching in a way that didn’t seem to be caused by the wind. I set my camera up and waited. Different parts of the plant twitched. I kept seeing movement in the shadows and occasional glimpses of brown. Was it a mouse or was it a Wren? When it showed itself I could see that it was grabbing hold of the seedheads on the Herb Robert with its little pale feet and eating them.

I had also cleared a lot of Forget Me Nots near the Herb Robert and a Robin kept flying in to get the insects that had been uncovered.

I am surprised this is still going. New things are still showing themselves, not in the numbers of the early days when everything was new, but I guess Spring is helping. It might be coming to an end for 2 reasons:-

I really want to get up onto Baildon Moor with my camera. Denso Marston Nature Reserve and the river are out for the time being until I am happier walking along the narrower paths even though it is within easy walking distance.

For Day 54 we have something new that has sort of been in before.

I have posted several pictures of Robins (Day 6 was the first time in this series) but this one is new, as in the Robin is new. It is a juvenile not yet displaying the red breast of an Adult.

Staying with birds; I have set my camera up a few times now to allow me to take photos of the Blue Tits using the nest box. One of the downsides of that is that my camera is not to hand to get photos of other things like the Large Red Damselfly that landed on a Sage leaf for a few seconds. The photo above shows one of the adults with an obligatory faecal sack in its beak.

I have posted photos of Roses before but this is the first flower on the Albertine Rose, it is high up and pointing up slightly so it is not the best way to display what is a nice Rose. It is hidden by leaves from an upstairs window, so that is the best I can do without getting the ladders out. Most of the stems on the Chive have flowers on now and are making a nice little display. The transplanted Geraniums have several flowers on now so they all seem to have survived the ordeal. The one I added to Day 50 now has an open flower next to it. You can see that they are different ages from the way the centre stamens and stigma are developed.

We haven’t had to wait months for these photos to appear. They are from today. As often happens I had a walk round Robert’s Park today and along part of the Leeds Liverpool canal. 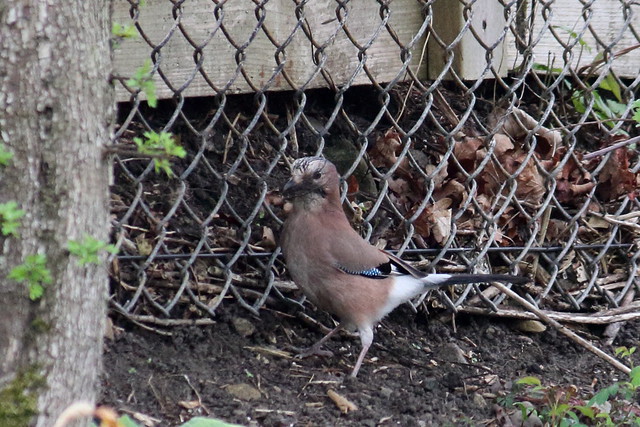 This is one of a pair of Jays seen in Hirst Lock Nature Reserve at lunchtime. They were both collecting nesting material .

These following photos were taken on my way through the park after work. 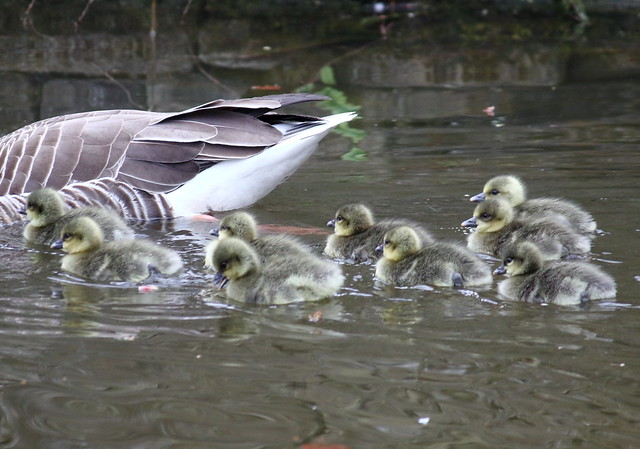 Here’s nine little Greylag goslings on the canal at the end of Vistoria Road. 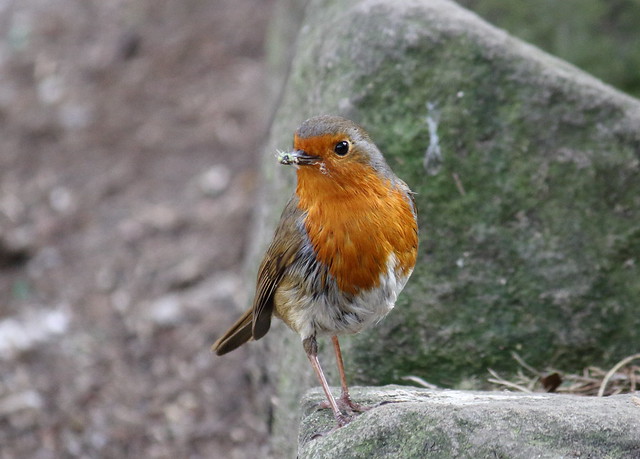 This Robin has a few scratty looking insects in its beak obviously taking them off to a young one somewhere. I think the nest was in the low bushes between two of the paths. 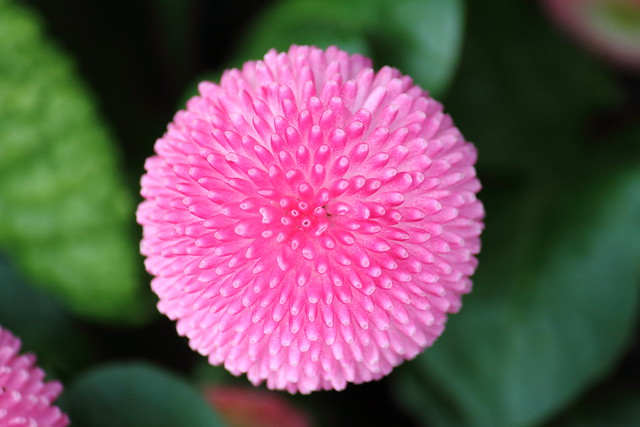 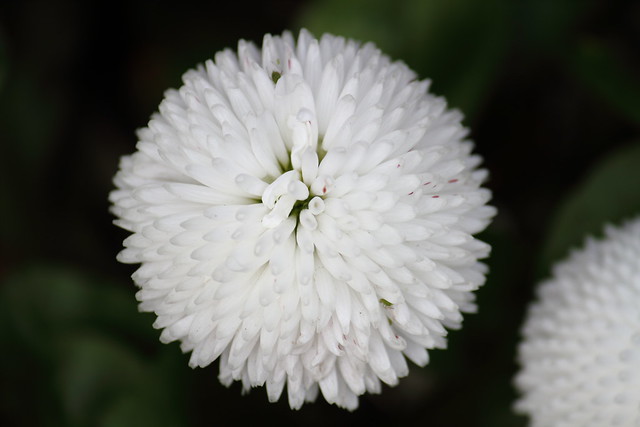 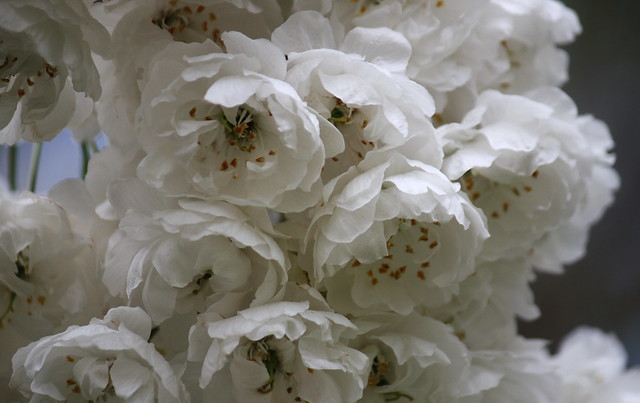 The flowers and blossom in Robert’s Park are quite spectacular at the moment.