This is day 5 of the #bradfordphotoaday challenge and the word is window. See here for the start of it – marfell.me.uk/wordpress/?p=266

I have already had a photo of a reflected United Reform Church in a window, and the window was not the interest, come to that the reflection wasn’t much good either; the idea was there but not the light. 🙁

There are dozens of good windows around but what can I do today? I am 3 floors up on the canal side of Salt’s Mill. I have worked in the same area of the building for 13 years and I can’t remember the windows on the canal side being cleaned in all that time. I could take a photo of our windows to show what 13+ years of unwashed window looks like but it is surprisingly uninteresting. I suppose a pane of glass can only hold a certain amount of crap before it gets rinsed off by the wind and rain. If you ignore the muck on the windows then from my desk I actually have quite a nice view of Thompson Green and the Cricketers. This photo was taken from my desk at an angle of less than 90 deg to my right. 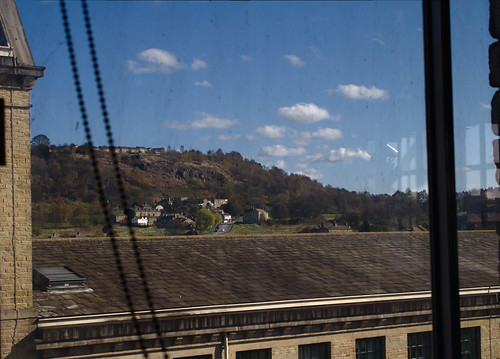 And this one is through the window that is directly behind my monitors. 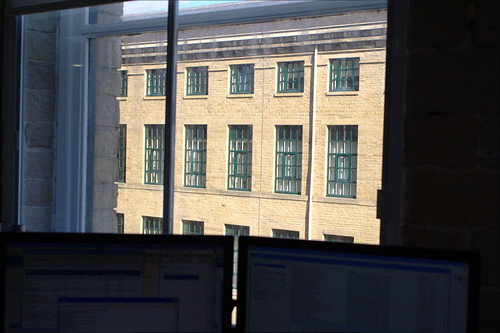 Those are the apartments across the other side of the canal at Riverside Court, behind New Mill. They get their windows cleaned a couple of times a year by people on a cherry pickers. Below is someone working on the windows at the fron to New Mill 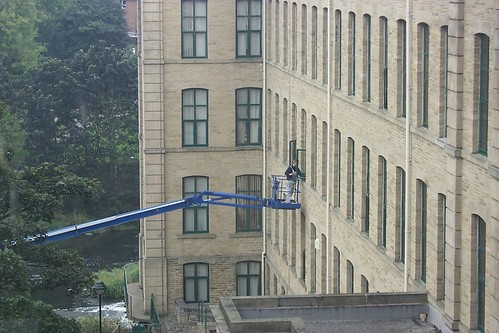 A few years ago a glass roofed area of Salt’s Mill (a later dye house addition) was removed and 2 floors taken out.

This is a photo of it before the work started. With the crumbling concrete water tank supports at the far end. 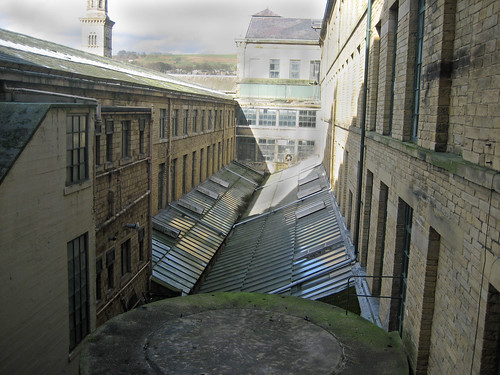 Several water tanks at the far end were also taken out. They were on top of an ugly, crumbling, reinforced concrete addition to the mill. This left a few holes in the wall that now provide nesting holes for birds – the best of which are the Kestrels. 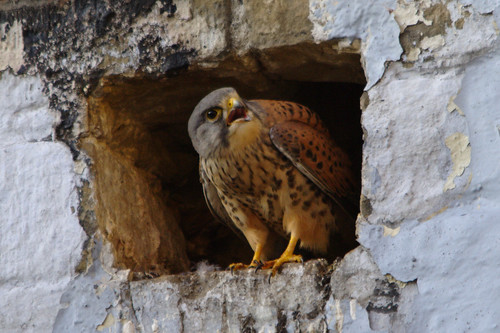 As you can see I managed to put my camera through the window and get a few photos.

This year though there seem to be more Jackdaws around and the Kestrels keep being mobbed by them. I have also seen them in the hole that the Kestrels use for there nest. I hope they get themselves sorted for when the eggs get laid. 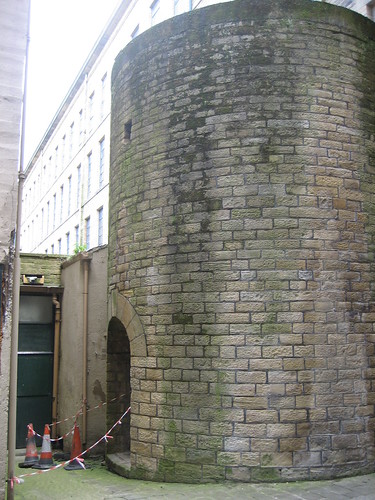 A big circular stone tower that held a water tank was removed, and the stair way. Some of it was done using rather large machines. 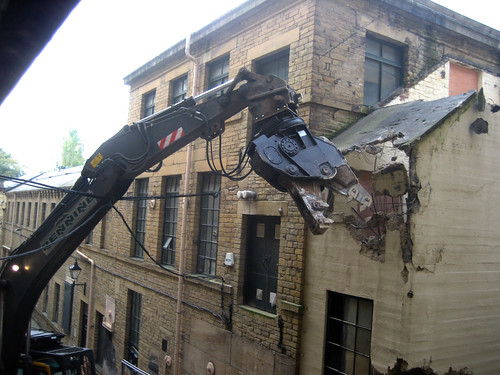 Over the last couple of years Pace has been refurbishing its offices and it is a good idea to clean the windows as part of that. At least with the glass roof gone this is now possible but not necessarily sensible. Looking at the ladder in the photo below is it any wonder that the task was not completed! It was probably decided that the benefit was not worth the risk – that is a long way down. 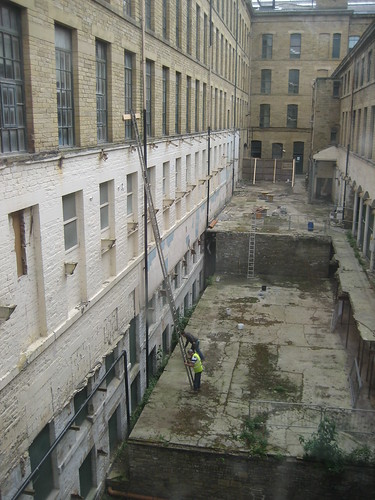 I could enter ones like these as a window photo for the challenge but I think the one below, that I took in the evening may prove more interesting.

This is my entry for the Window topic:- 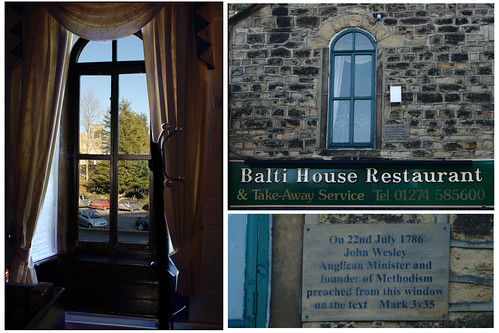 This arched window is where John Wesley, the founder of Methodism, preached to a Baildon congregation that was out in the open. This was in 1876. At that time there were cottages on the other side of the road and not a car park.