Unfortunately the big lens I have (Sigma 150-500mm) is not pin-sharp at maximum aperture (But then are any lenses? Well, ones I can actually contemplate owning I mean.) and so when I am cropping an image to get the subject the right size in the frame I am not happy with ones that were shot at maximum aperture.

I have yet to develop the skills where I can adjust ISO, adjust the shutter speed and aperture combination and dial in exposure compensation – all at the same time – while trying to frame the subject and get it in focus. It might sound a bit stupid but there are occasions when I would like to be able to do that. When I have my big lens on my camera (Canon 7d) it will try to keep the shutter speed up between 1/500-1/750 to avoid camera shake and as a result push aperture large and ISO fast. This can (?will) result in images that are noisy and not sharp.

I almost always have a carbon fibre monopod mounted on the lens so I can think about the shutter speed more in relationship to the subject than camera shake. The monopod is one of the legs of my tripod with the centre column on the top. 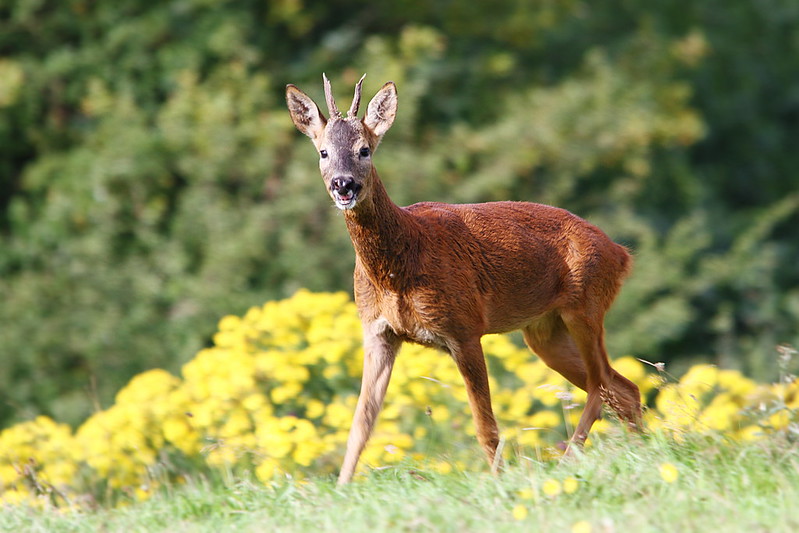 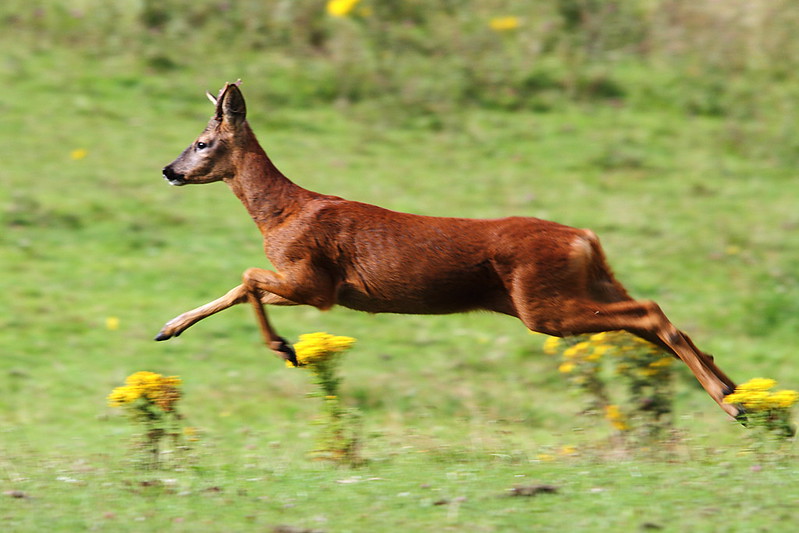 Having spent quite a bit of time with my camera I now know that if the ISO is much higher than 800 I start to get noticeable noise in the images and thar 400 ISO is better. (Should I be going for a Canon 7d Mk II upgrade? But I hear that the low light performance is only 2/3 stop better.) I also know that f/11.0 on my long lens gives sharp results, f/8.0 is still quite good. As a result, on a bright day I will set the maximum ISO to 400 and the aperture to f/11.0. As the light changes during the day I may adjust these settings so that I stand a chance of getting the shot using the monopod.

Of course that is not the end of the story but I will save some of the other considerations for another day.

One response to “Roe Deer with Aperture Priority”