This is a quick posting due to me not being sure, and wanting to find out more, about the Hoverfly. I’ll update the post once I have more confirmed info. 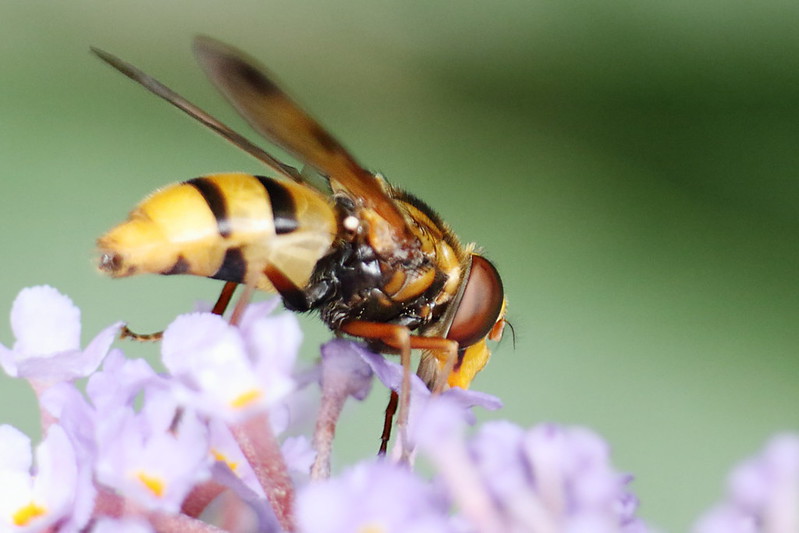 I have heard through the power of the internet that it is Volucella inanis, Wasp Plumehorn. This is a view from the side. The abdomen is quite fat, not like the more common hoverfly that has a very thin abdomen.

I would like confirmation as to what type of Hoverfly it is. The internet talks about the distribution of the Hornet Hoverfly, Volucella zonaria, that I initially thought it was, moving up from the South. Is it a frequent sighting around Bradford/Yorkshire?

Another type of Hornet mimic Hoverfly that someone mentioned is Volucella inanis which, given the location, is more likely – and has now been suggested as the correct ID. Thanks Roger Shaw via flickr. 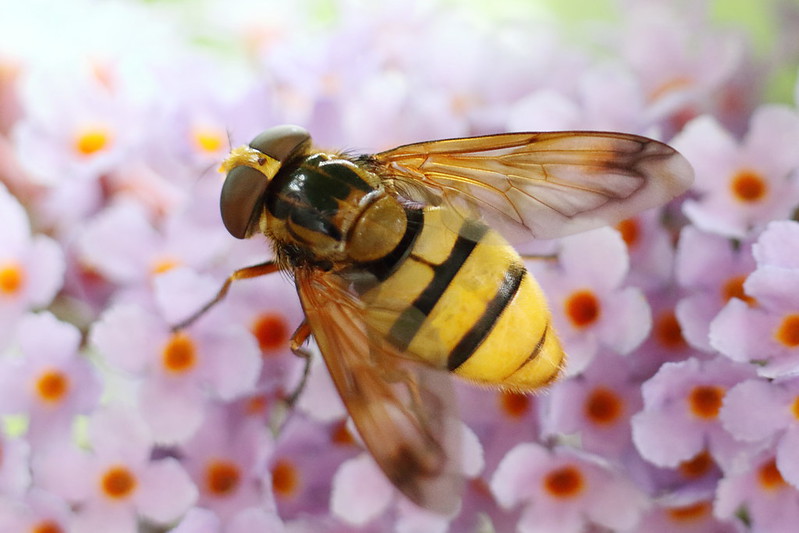 And a view from the top. 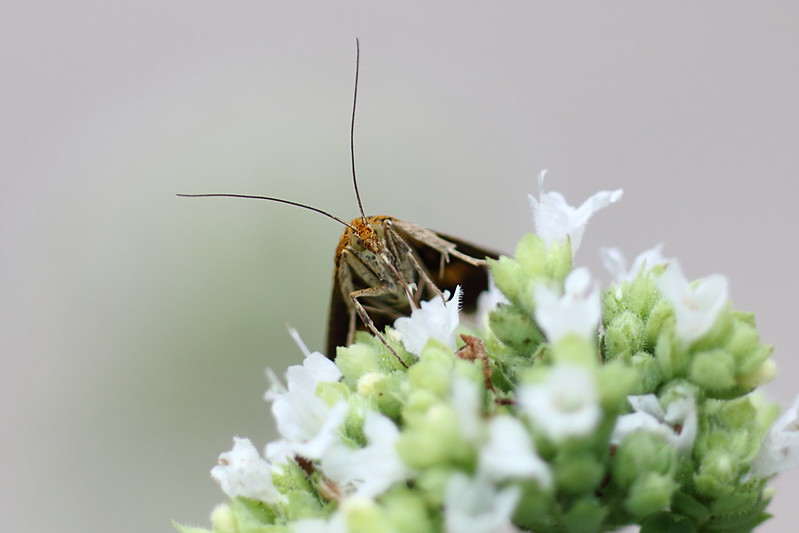 This is a view of a Mint moth on Oregano taken the same day as the Hoverfly. I have added this one just for the fun of it.