The chimney at Salt’s Mill is about 220 feet tall. (That figure is relying on me counting the number of 16foot ladders used on the side of the chimney. I am happy for someone to let me know exactly how tall.) Up until the late 1960’s it had some rather fancy stonework around the top. A friend of mine, Alan Rogers, was fresh out of Hull University, in his first job in civil engineering, when he was asked to go up to the top of the chimney. The company he was working for had the task of removing the ornate stonework round the top of the chimney. To this day Alan is convinced that he served no useful purpose in going up to the top of the chimney to see how the work was going, but you can imagine the supervisor taking great pleasure in asking him to go up there. “We’ll see what he’s made of.” I don’t think he has any photos from up there but it is a few years since I talked to him about it.

There have bee a few things chimney related over the last two years. In October 2011 I found out that Salt’s Estates and Pace were looking into the possibility of fitting a fan inside the chimney. The idea was that the chimney would cause a significant up draft that could be used to drive a turbine to generate electricity. It sounds a little far fetched to me, where would the air come from to drive the turbine? Anyway, when they went into the ventilation tunnels under the carpark and got towards the chinmey they found that the lining of the chimney had been falling in. This photo, below, is taken in one of the tunnels looking towards the base of the chimney. As you can see it is full of rubble. 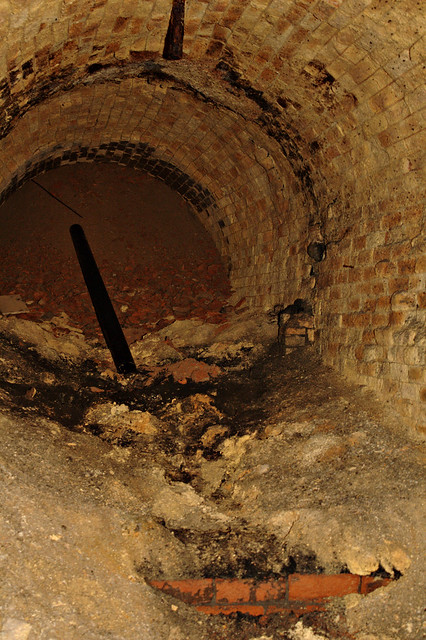 The images below that are a bit patchy were taken by using a long exposure and “painting” the walls with a torch. 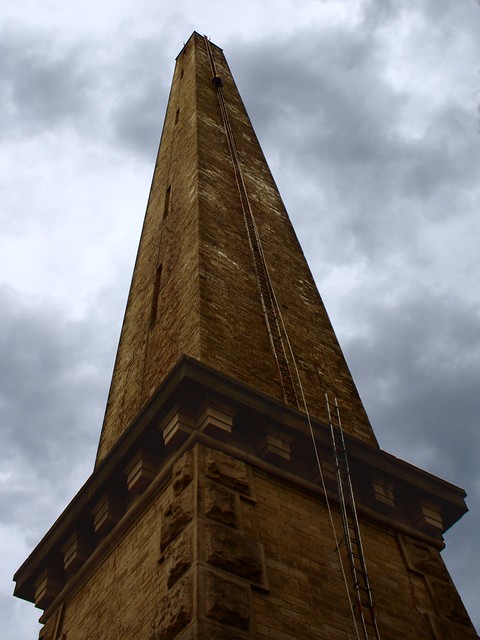 They might say “Don’t look down” but this chap is happily peering over the edge of the chimney. 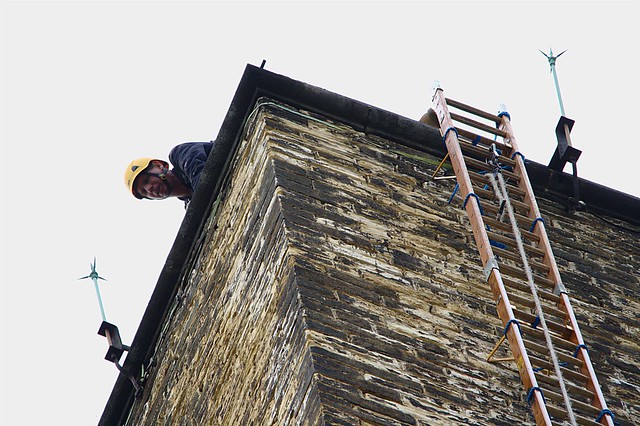 That is a lonngg ladder. 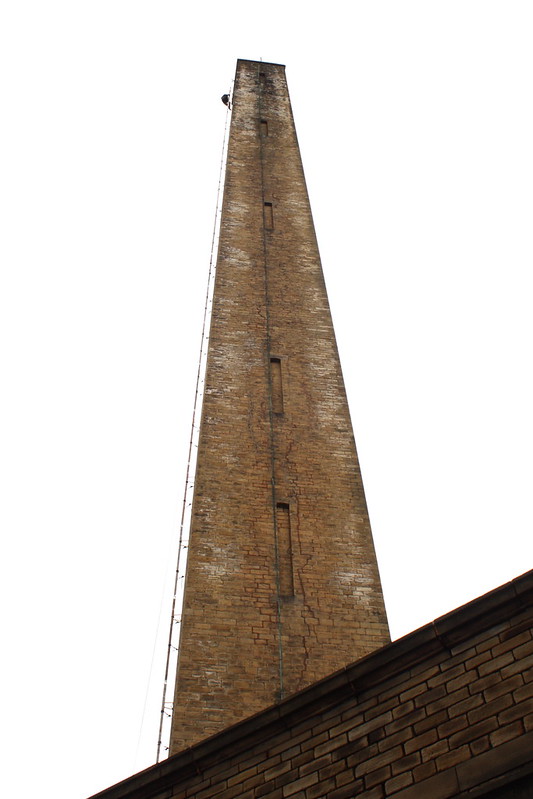 In what seemed like just a few minutes the ladders were down and off they went.

In August steeplejacks were back again. This time they were here to do some re-pointing of the chimney. This can be saved for another blog posting.