Today was quite pleasant and I made use of the reasonable sunshine to go up onto Baildon Moor. There should be a few passage migrants but I think the wind was in the wrong direction for them. 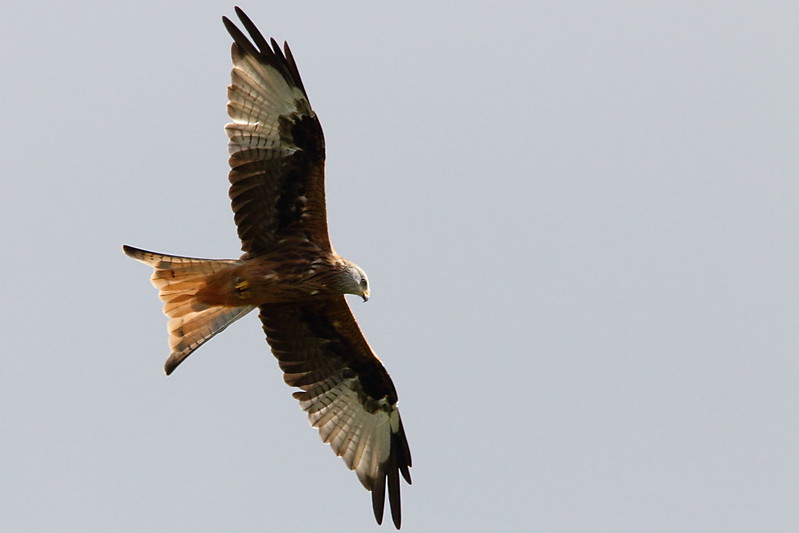 One of the first things I saw was a Redkite. As usual it drifted effortlessly past and a few seconds later was a dot over towards Shipley Glen. 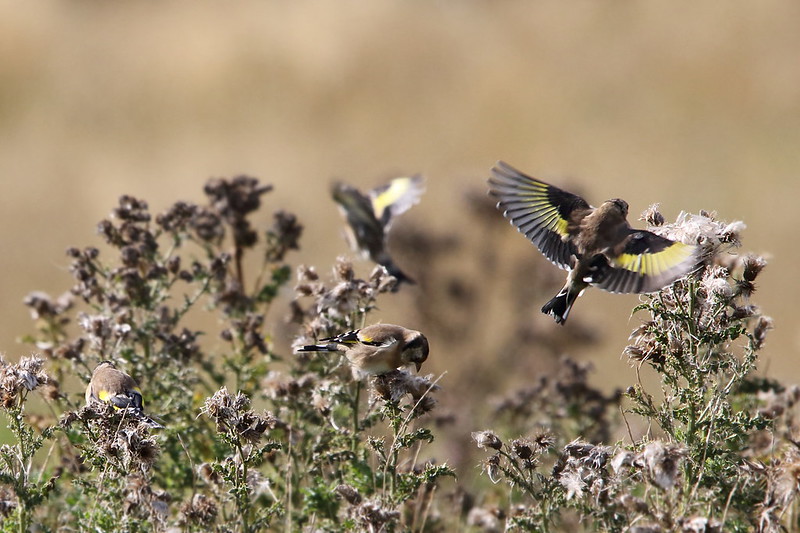 Quite a few Meadow Pipits were still flitting around as were flocks of Goldfinch still feeding on the seed heads of the thistles in the field near the path leading down to Golcar Farm. 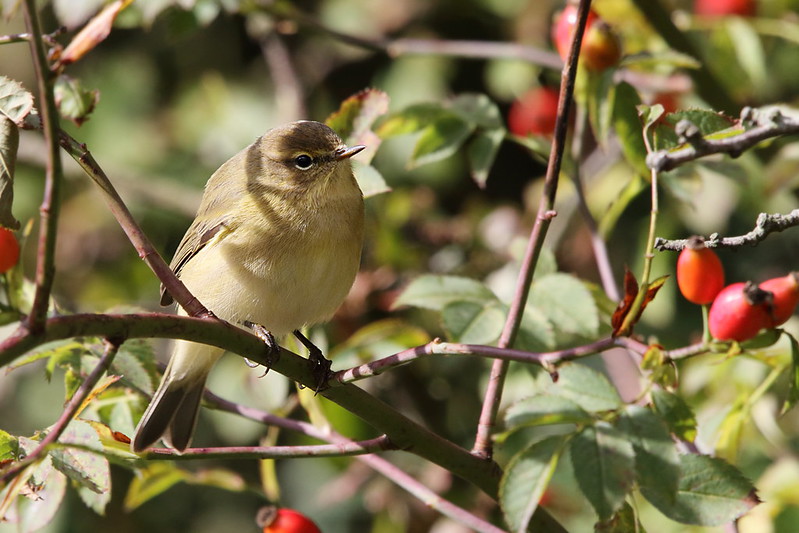 Further round near the tree plantation before the huts were a few small birds flitting between the bushes by the wall into the bracken. They were calling not singing so I wasn’t quite sure whether they were Willow Warblers of Chiffchaffs. Fortunately I managed to get this shot and decide that it was a Chiffchaff. The call didn’t have the extra half syllable on the end so hopefully I will know in future. 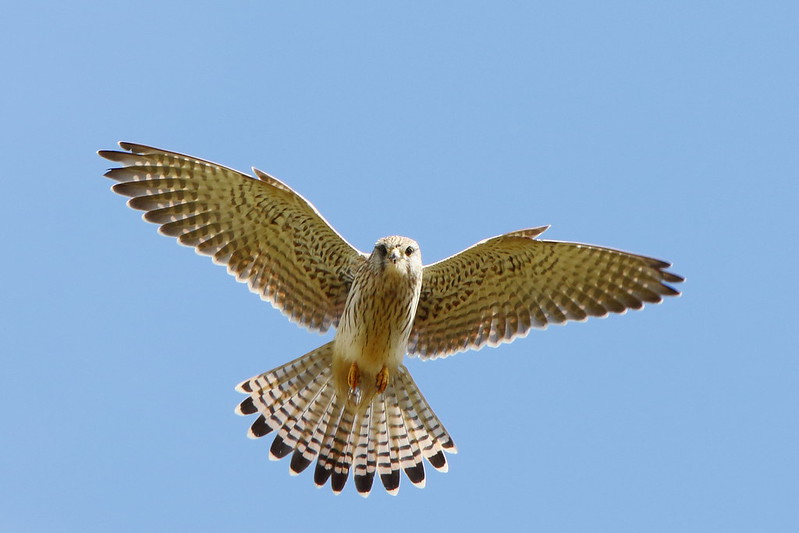 Several times I saw a Kestrel hovering over the grassy areas but always too far away to get a photo. But then all of a sudden one was above me. The header images shows it scratching its ear. 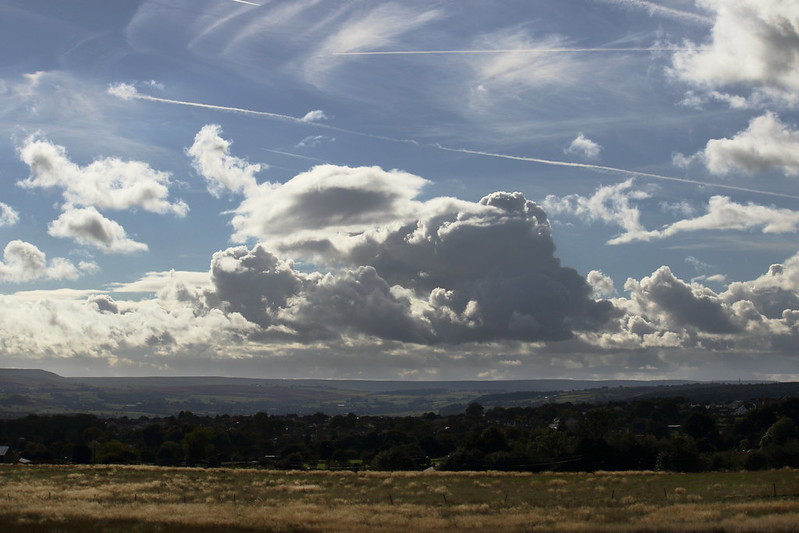 Over the afternoon clouds kept forming and then disappearing. Some of them let rain fall but only for a few seconds. When the clouds cleared the sky seemed to be criss crossed with vapour trails. At one point it looked as though you could play celestial tic-tac-toe.

Click on an image to see it in the album on flickr. There are a few other photos in the album.