We might well be into September now but I am still catching up with making some of my photos from earlier in the year available. These are from a walk along the river at Denso Marston Nature Reserve. 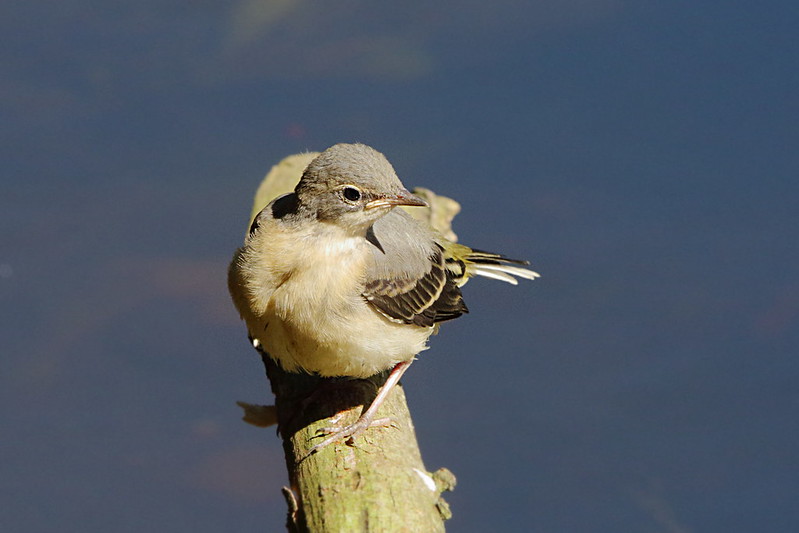 One of the cute things spotted on the walk along the river were several juvenile Grey Wagtails. 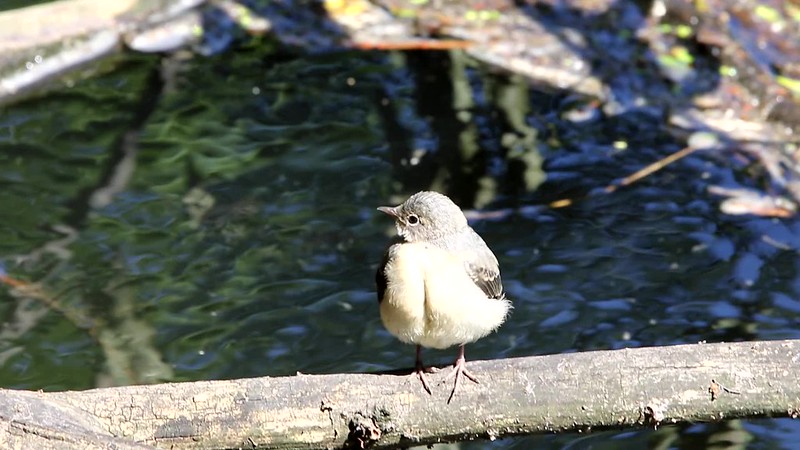 One of them was calling out to be fed, bobbing about and making a racket. The above image is a link to a video of it babbing and calling. 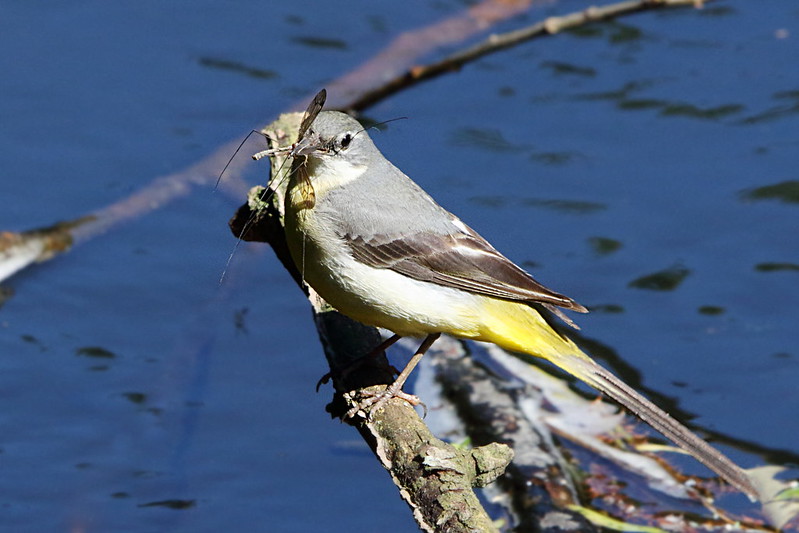 The adults were busy catching insects and feeding their young. 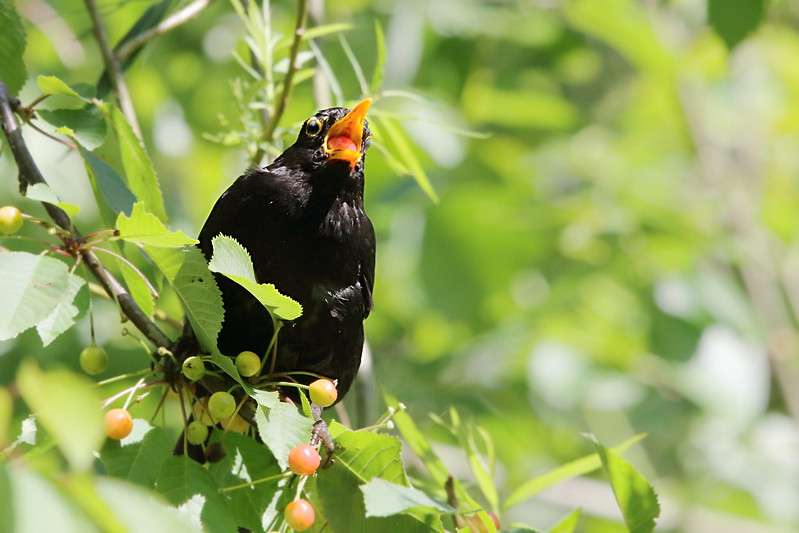 Blackbirds were both on the ground pushing leaves away to get at insects and also up in the trees eating berries. 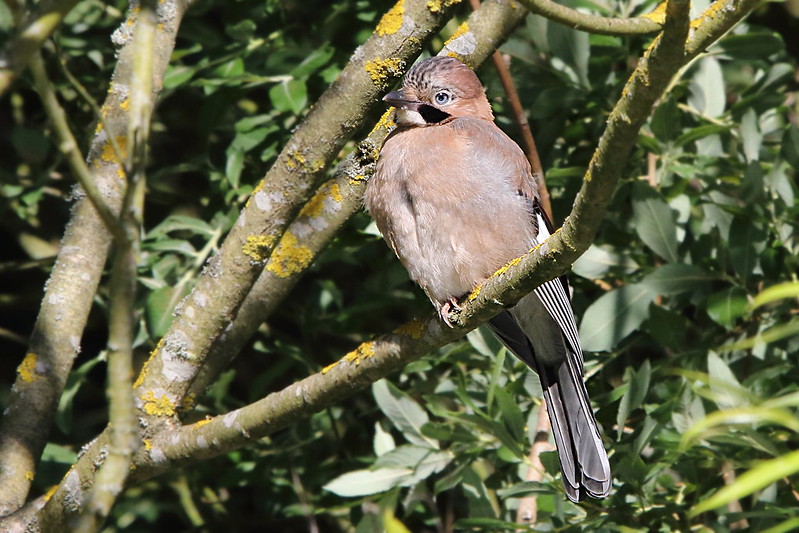 There also seemed to be a couple of Jay families around. This one is waiting patiently to be fed 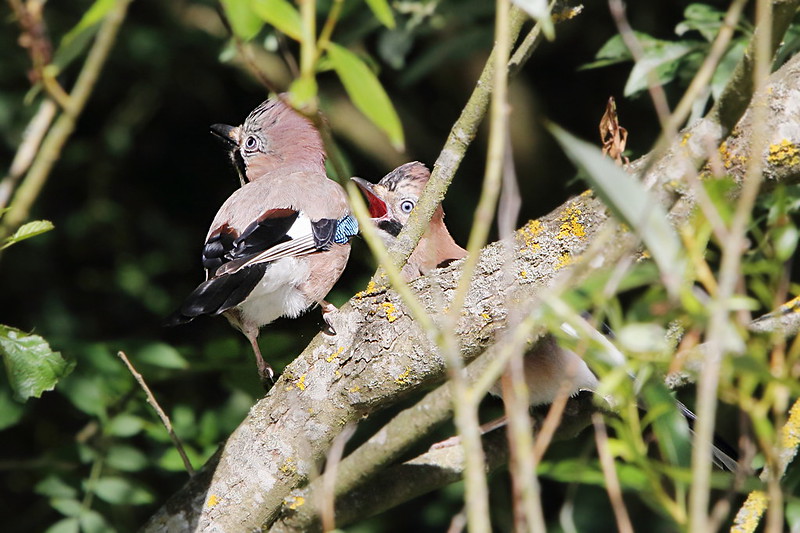 but could raise its crest and demand to be fed when an adult was around. 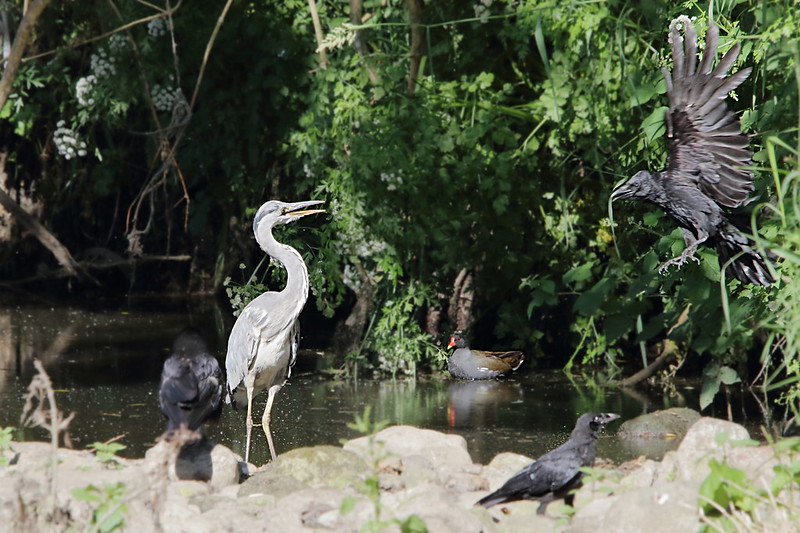 I think this Crow is trying to convince the Grey Heron to move on and not be near its youngsters, 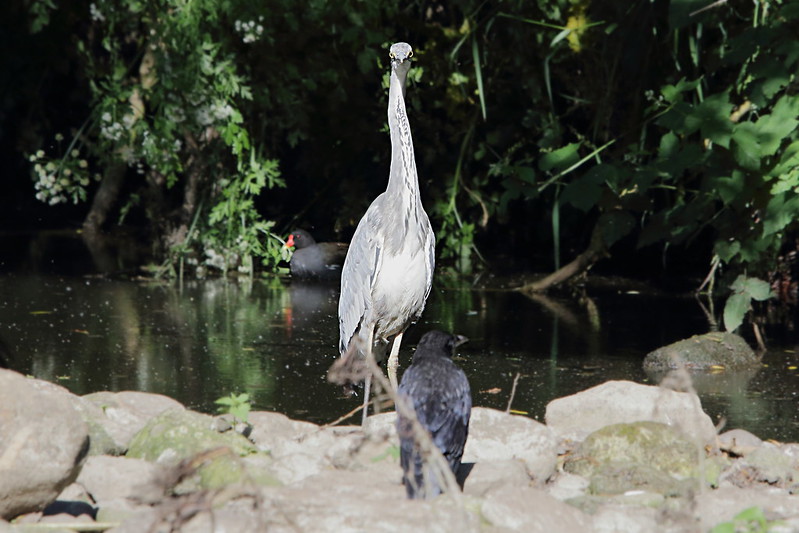 It’s amazing that Herons can get quite big fish and other animals down a throat that thin. I think that is looks could kill then that Crow would be smouldering by now. 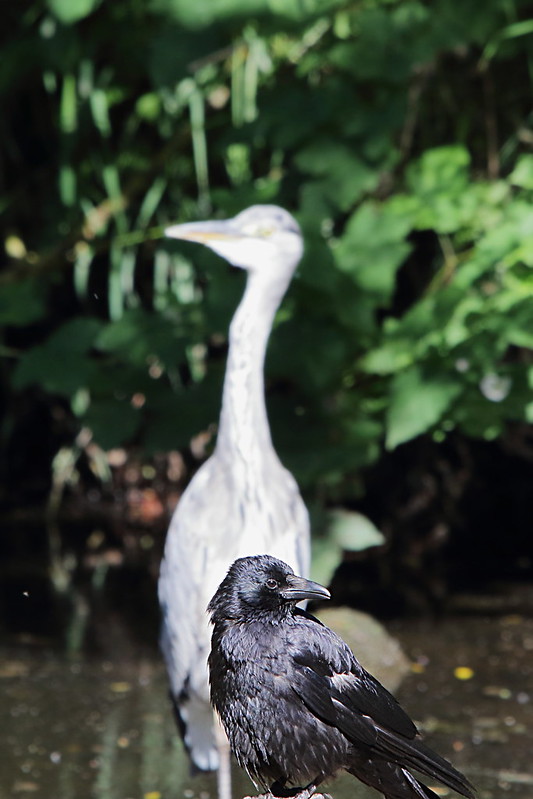 But it looks rather slick and healthy. 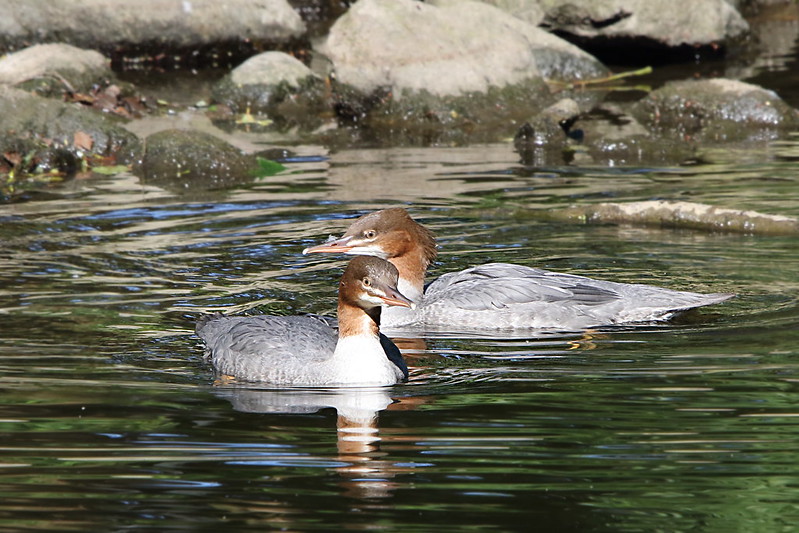 On the far side of the river I spotted a female Mandarin Duck with 3 almost fully grown youngsters – nice to see. There was also a family of Goosander. Here is a photo of 2 of the young.

As usual you can click on an image to see it in an album on Flickr. You can see the album here.