I went for a walk along the river Aire today with the intention of getting a photo of a Kingfisher. I did see one fly along the river but it didn’t co-operate and perch near me. I took a few photos of butterflies and Goosander and I will probably be posting something about them later but these photos are a bit more exciting.

Several times during my walk along the river I heard some loud cries and it took a while for it to sink in that it was a bird of prey. Most of the time it was in the trees across the other side of the river but on my way back towards Denso Marston Nature Reserve from the Shipley end I realised that the cry was now coming from my side of the river. I walked as quietly as I could along the path and could see where the noise was coming from. But would you believe that what looked like two Buzzards were disturbed by a man walking along the river bank with a shopping basket on wheels in tow. The clatter of the wheels on the path was amazing. I still can’t work out how that could be a short cut to or from shops.

After this I was thinking about heading home but decided to go somewhere I had heard similar calls before, and this time I was in luck. Beautiful! Well worth the detour. It’s fantastice that we can see all this in Baildon. 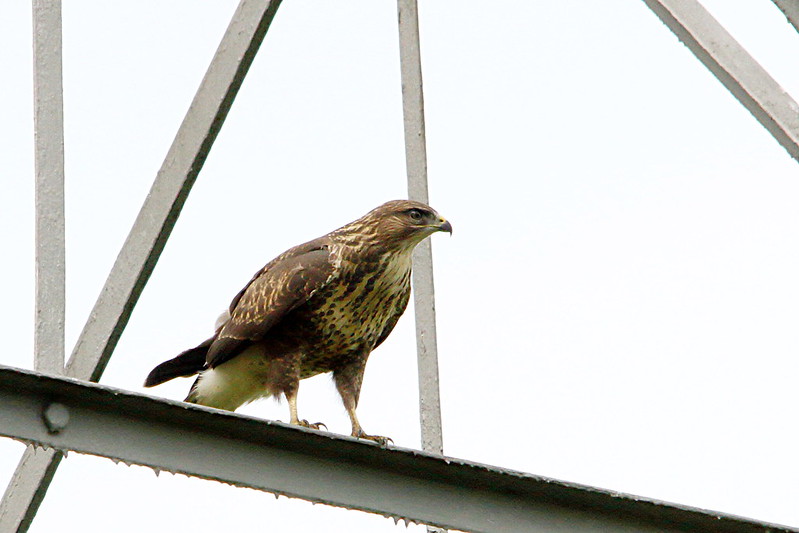 I was quite pleased to spot this Buzzard. So often they spot you first and all you see if a flash of brown and white as it flies off into the distance. 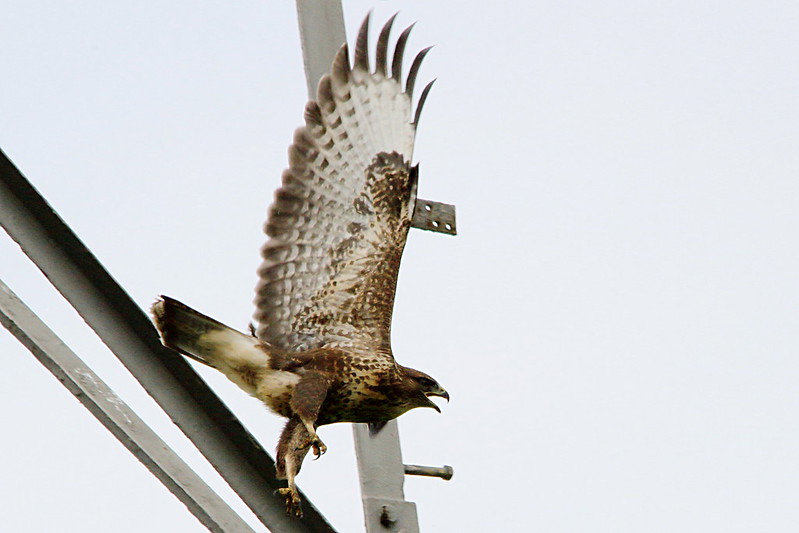 I could hear two calling as it launched itself from the pylon. 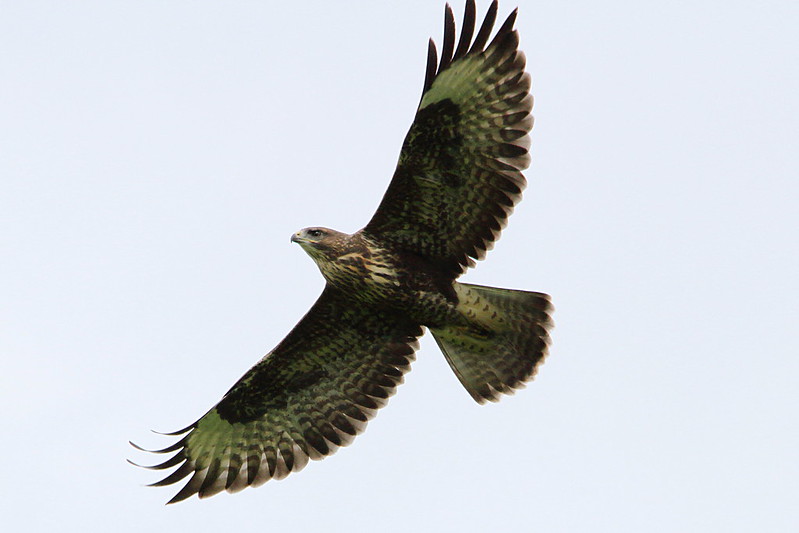 It circled around on its massive wings and landed on the pylon again. 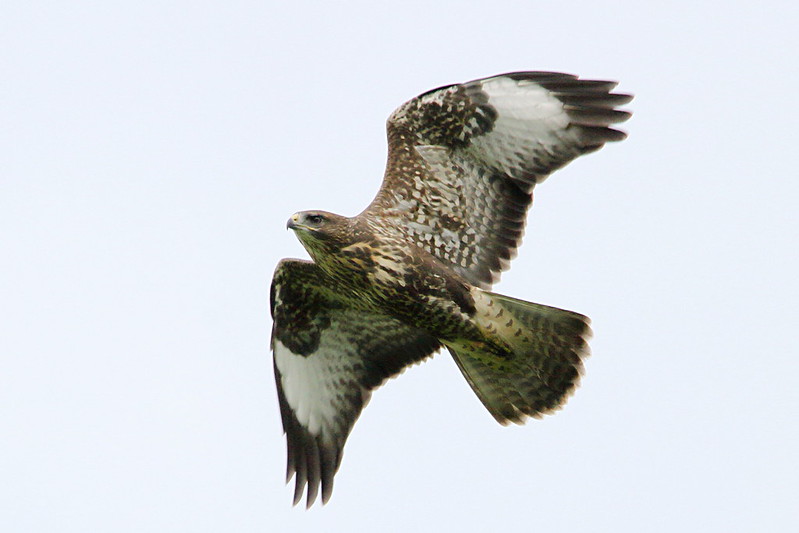 And around it went again. On one of its circuits it seemed to look right at me. 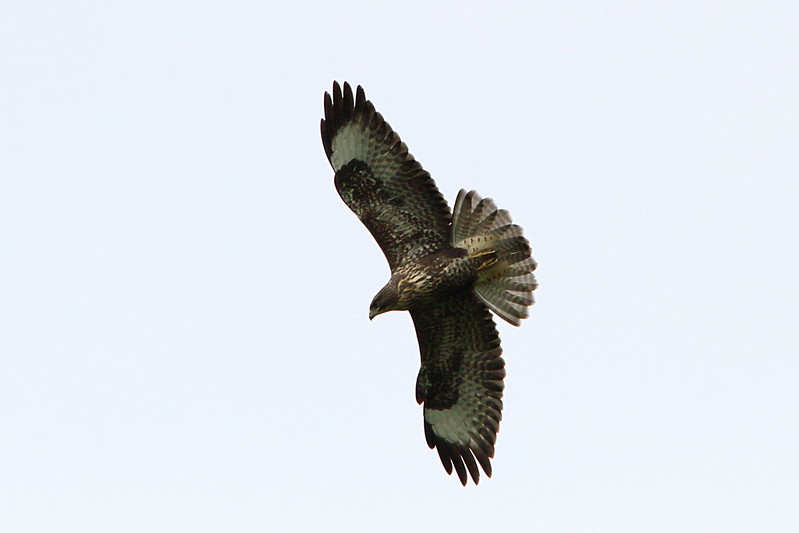 Before flying off over Esholt.