At the end of August 2018 I decided to have a walk around Tong Park Dam and I was very pleased with the Butterflies, Little Grebe, Stoat and Pike I saw. 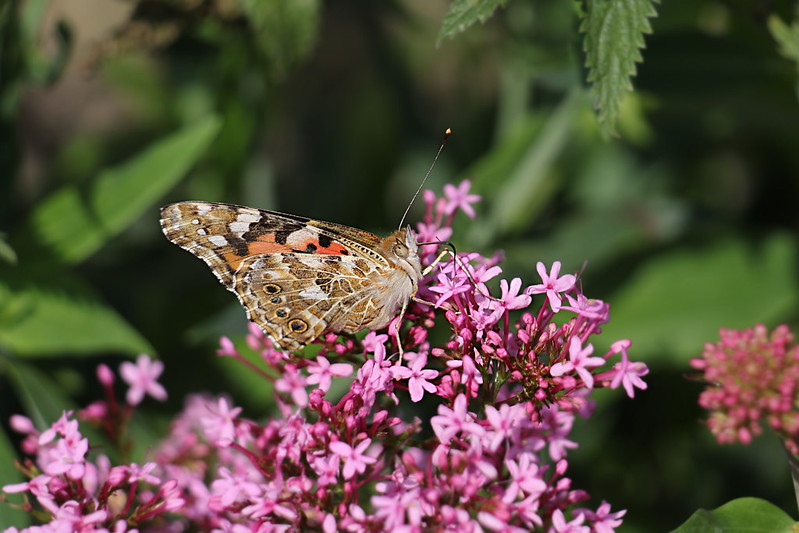 In the corner of the car park at the end of Jenny Lane was a small Valerian bush which had a surprising number of butterflies on it. 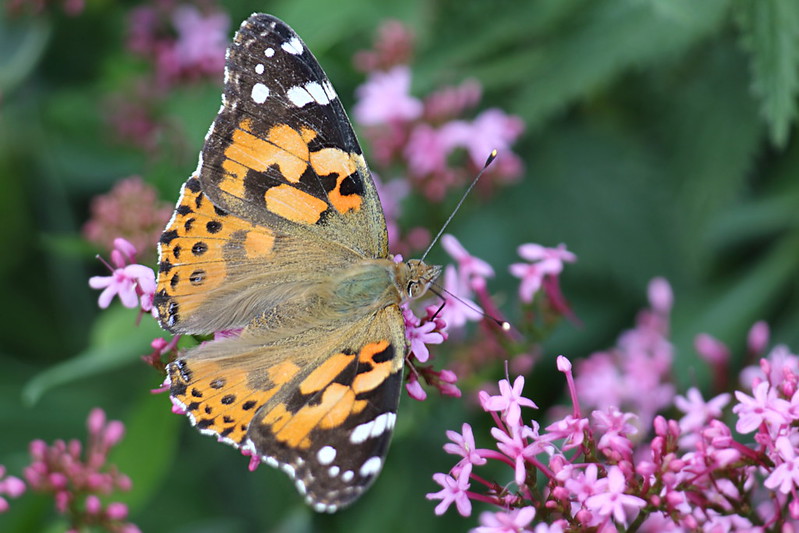 And a Painted Lady with wings open. 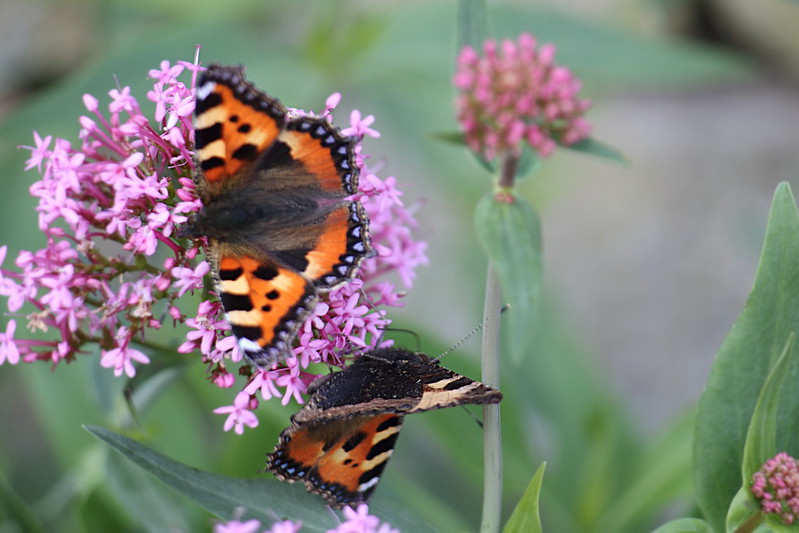 There were probably 8 or so Small Tortoiseshell on the plant. And some on the warm stone wall behind the plant. 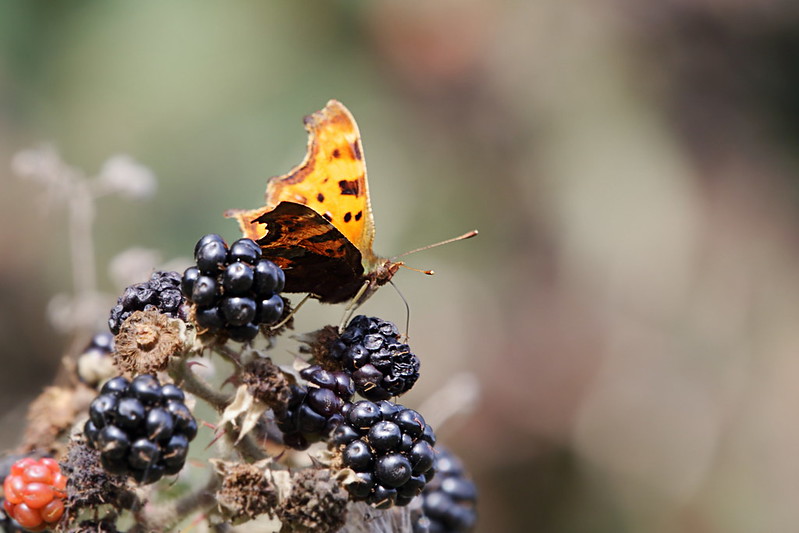 Walking down to Willy Wood there were quite a few Brambles with ripe berries. I sampled a good many of the ripe ones. The flavours varied from simple sweetness to quite tart. This Comma was sampling some of the over-ripe ones. 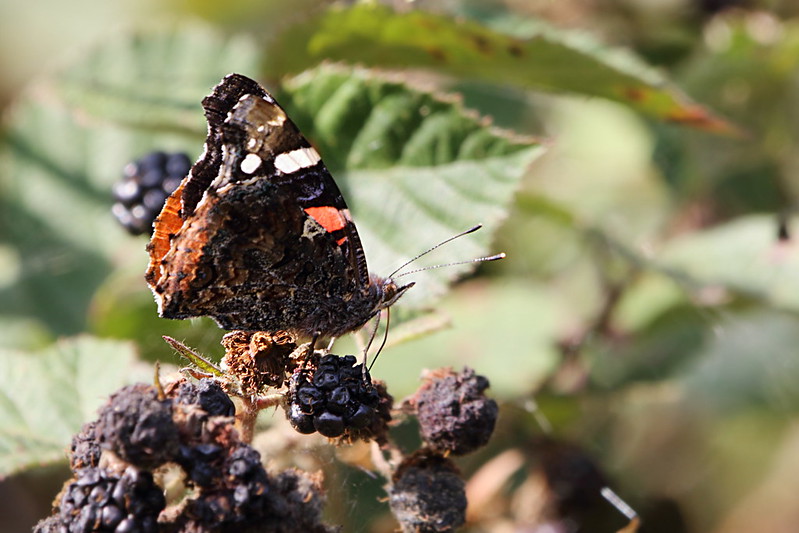 Red Admirals were also feeding on the over-ripe berries. 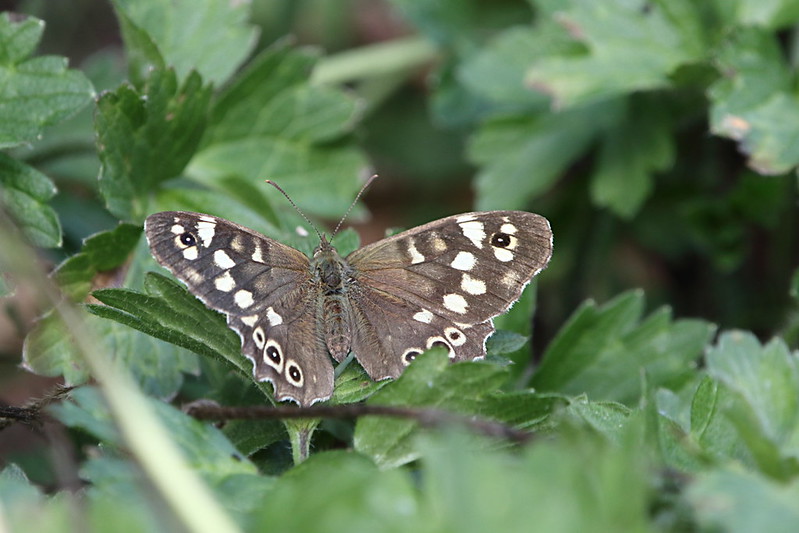 Speckled Wood butterflies were also flitting about in the same area. 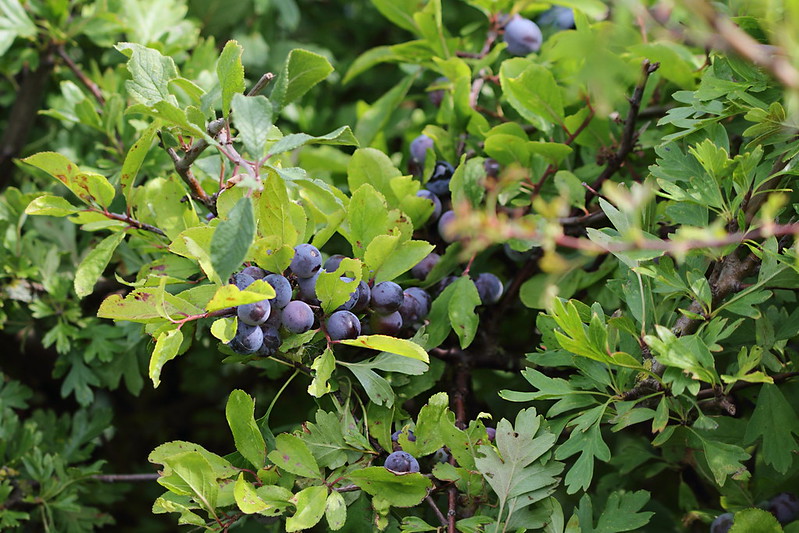 A Blackthorn in the hedgerow had bunches of Sloe berries looking nicely ready for Sloe Gin. 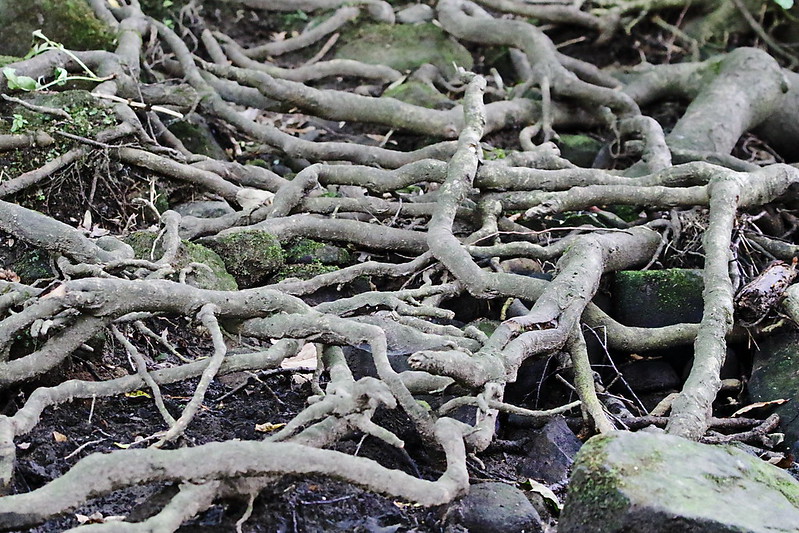 In the woods it looked as though water had washed the soil away from around the roots of some of the trees. Quite a tangle. 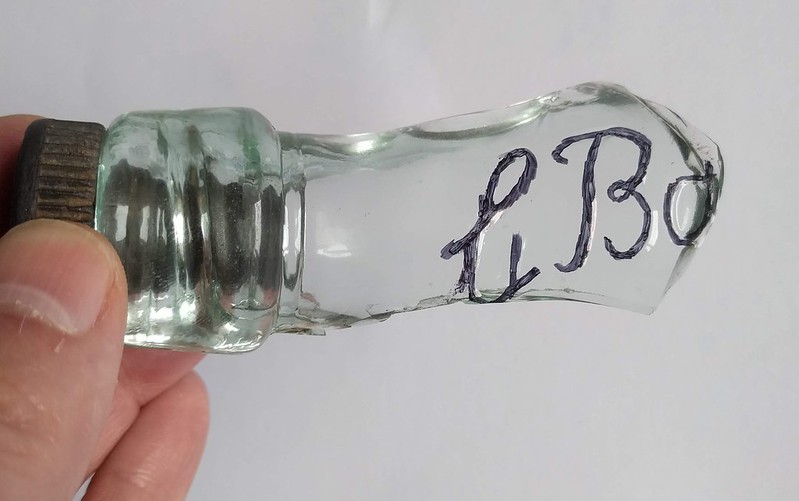 On the path around the top of Tong Park Dam I spotted one of the old, black, lemonade bottle stoppers. After scraping away the soil I managed to un-earth the neck of a bottle. The moulding on the glass looks like “G Ba…” and the stopper says “Barraclough, Bradford & Baildon”. It is most likely that the bottle was for “G Barraclough” that had a mineral water factory in Cutler Heights Lane as early as 1830, they later moved to Westgate Hill and currently have a factory off Tong Street. Did the bottles used to get mixed up and used by the different companies? 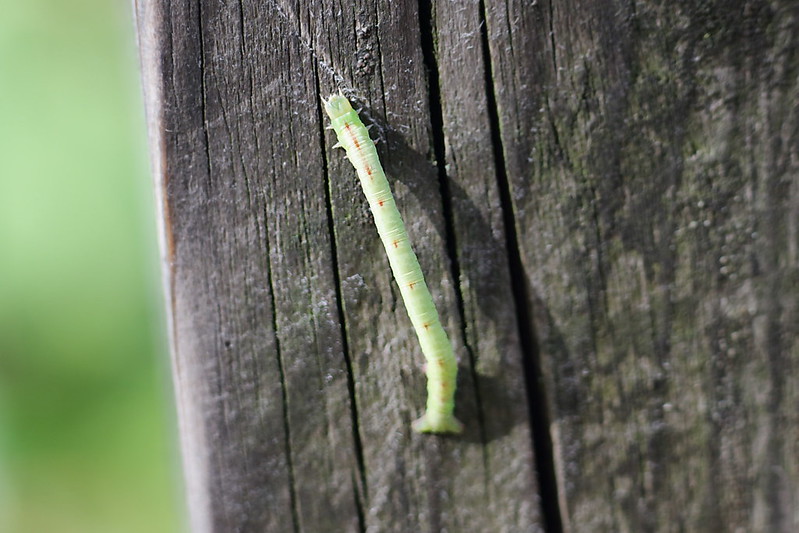 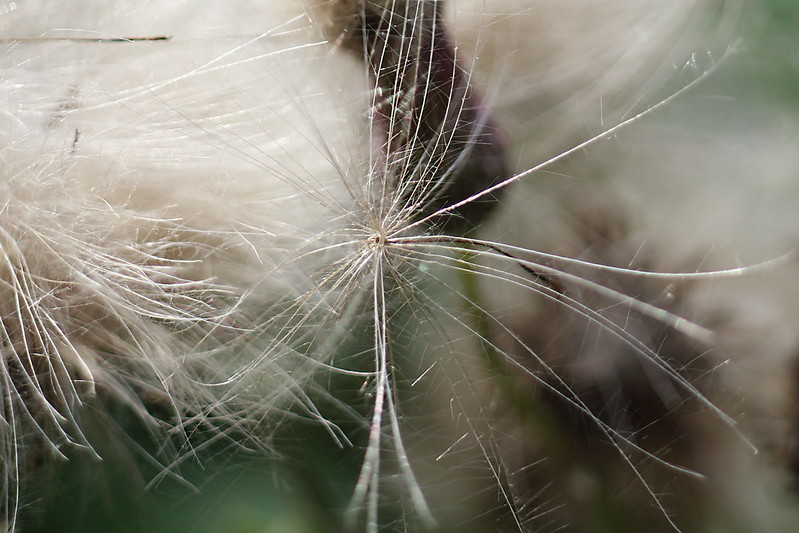 Many of the thistle heads were bursting with seeds but I didn’t see any flocks of Goldfinch feeding on them. I did hear a few but only in the tops of some of the trees. 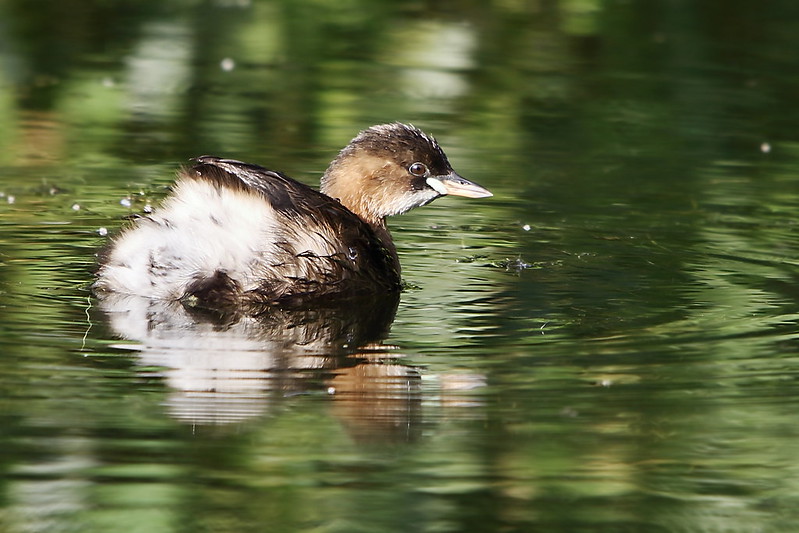 Getting round to where I could better see the water spread out in front of me there were Swans, Mallard, Moorhen but best of all was this Little Grebe. 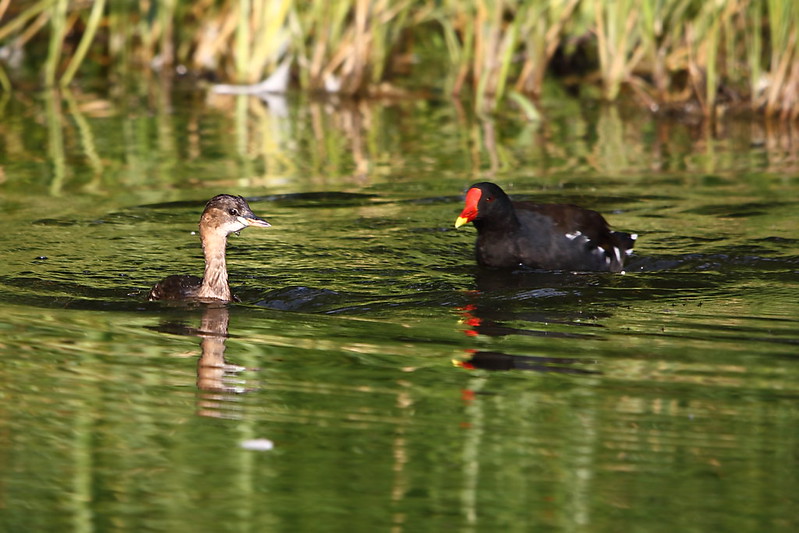 This adult Moorhen was rather aggressive. I couldn’t see anything it was protecting. It gently swam towards whatever was the nearest bird and then when it was within a few metres it would speed up and chase them off – as it did with the Little Grebe. 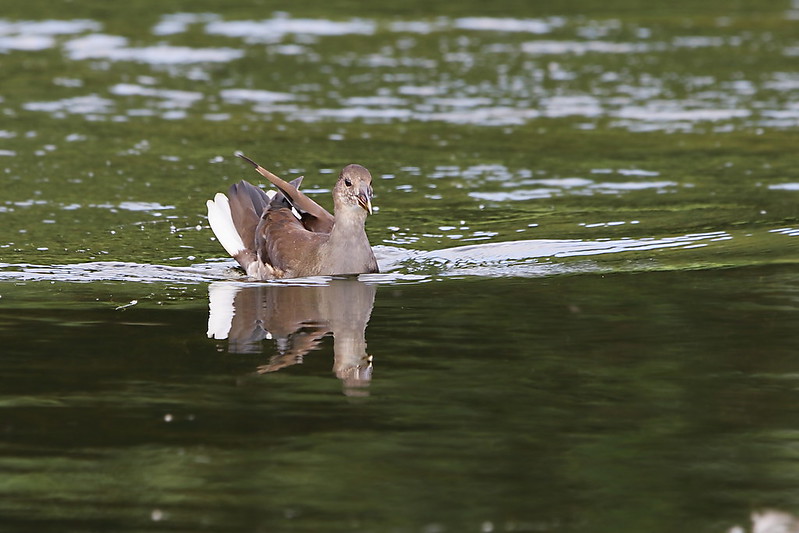 It also chased off this juvenile Moorhen on more than one occasion. 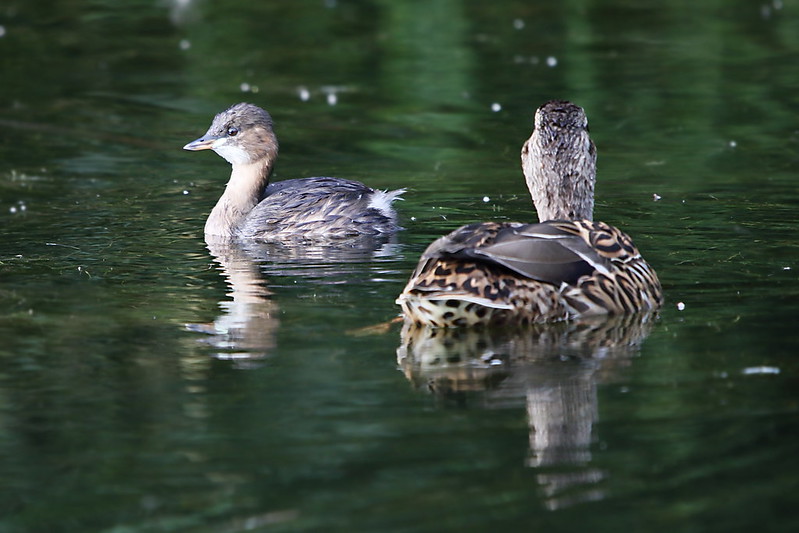 The other birds seemed to get on well enough with each other. 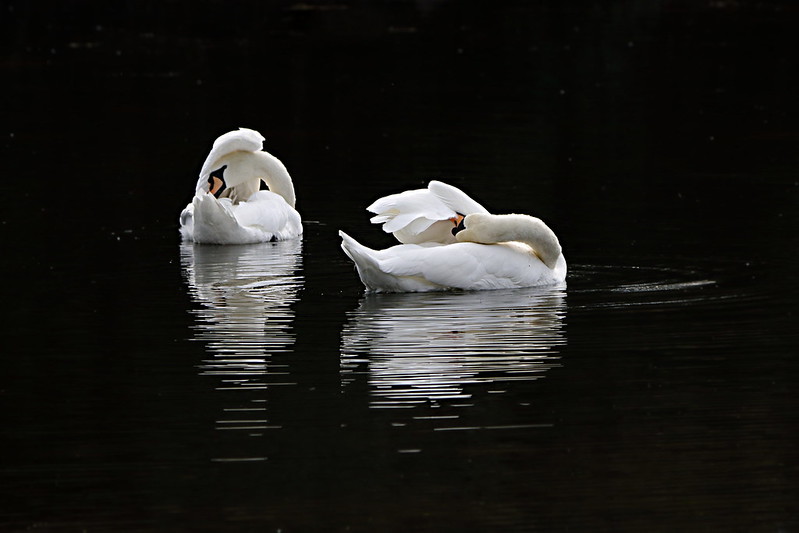 This is a shot of the two swans preening after a bit of excitement. At one stage a large dog chased the swans off one of their resting places and as they got away, flapping their wings, every bird around the dam gave off a loud alarm call. The sound was all around me and made me realise that I could only see a small proportion of the birds that were there. 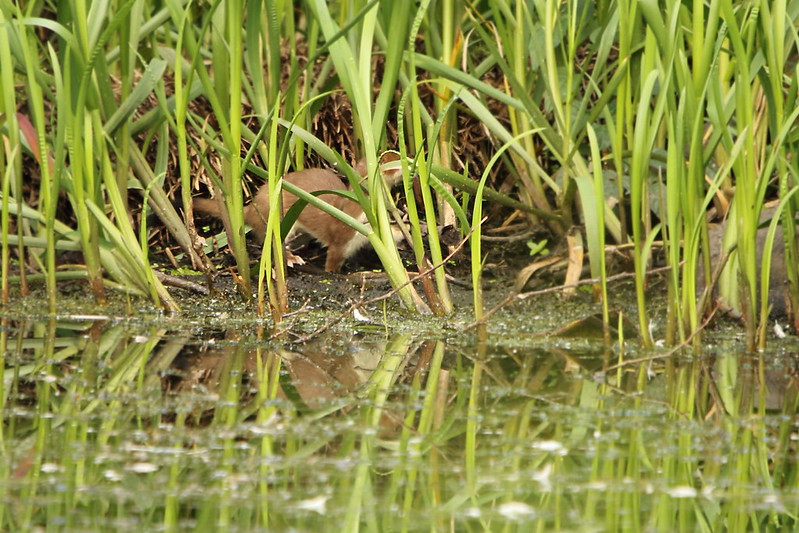 I then saw some movement on the eastern edge of the water. A Stoat. 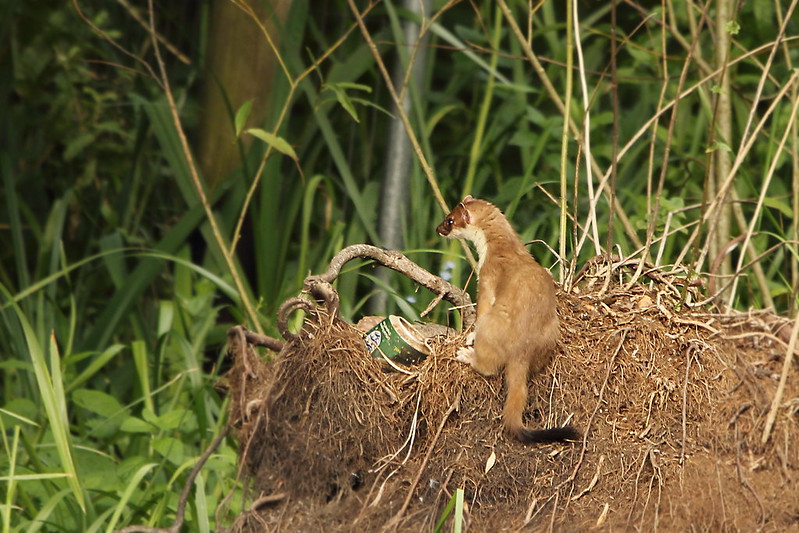 The Stoat disappeared under a tangled mound of soil, roots and metal and then popped out of a hole at the top of the mound and looked around. 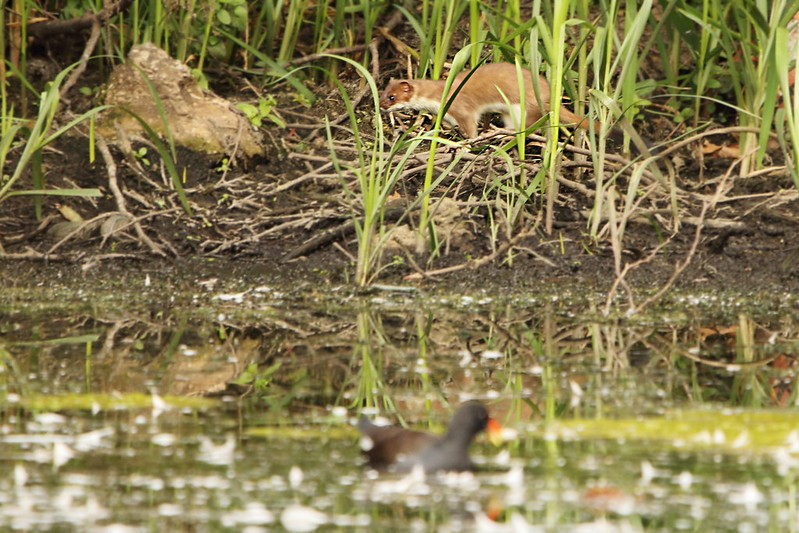 After quickly looking all around the mound it scampered off around the water’s edge. 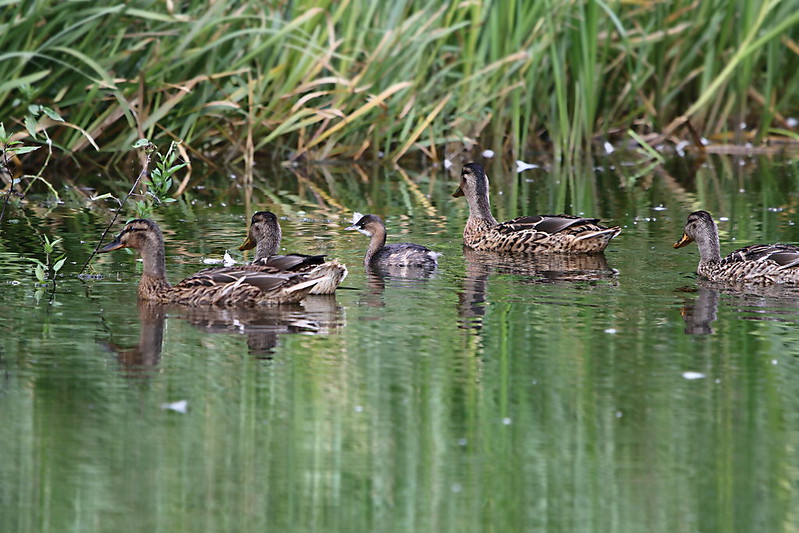 It then seemed that all the Mallards and the Little Grebe turned to the North East corner as if listening to the progress of the Stoat around the edge. 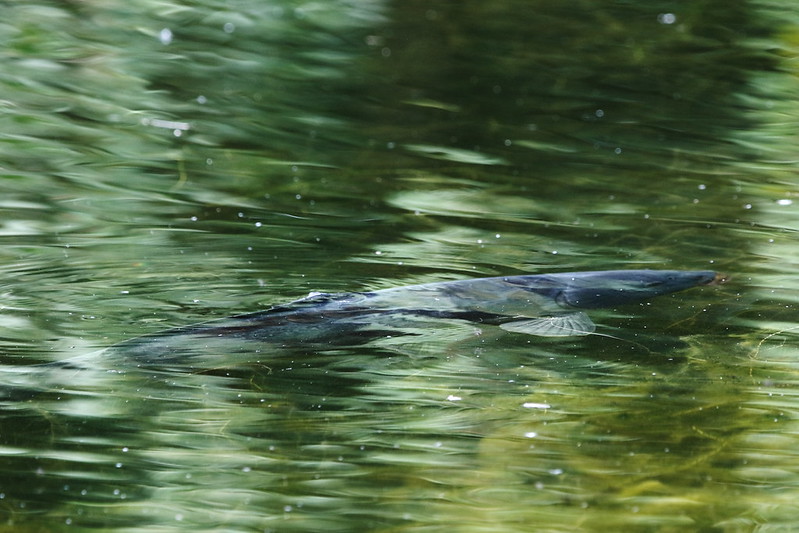 It was about time to be heading home but I then spotted this fish, a Pike? (Edit: I am told that the fish is a Carp.) I would say it was at least 70 cm long (2 1/2 feet) it looked massive. 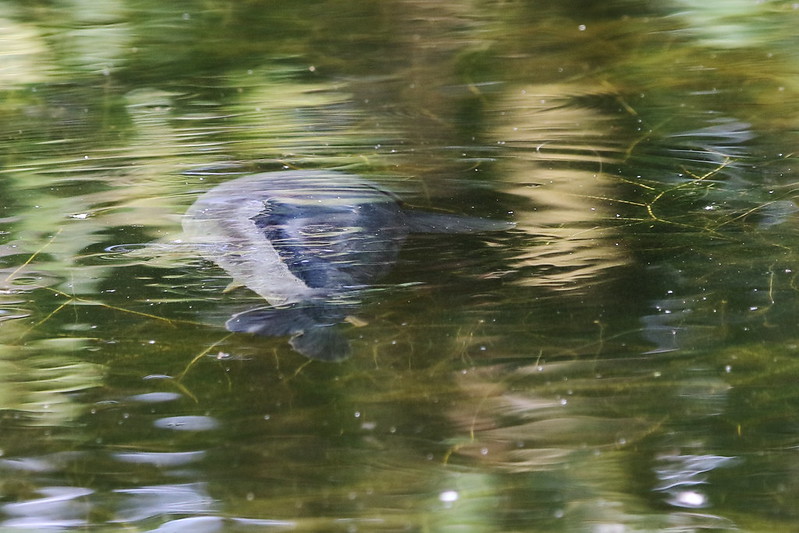 I thought Pike tended to be long and thin but this one looks quite chunky to me. (Edit: I am told that the fish is a Carp.) It was just lazily moving around quite close to the surface. 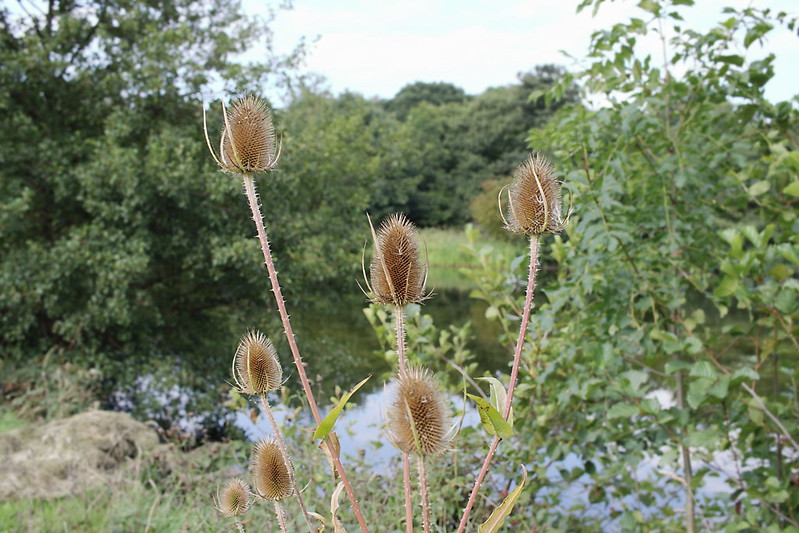 Around the edge of the water were several Teasels but, again, no Goldfinch feeding. 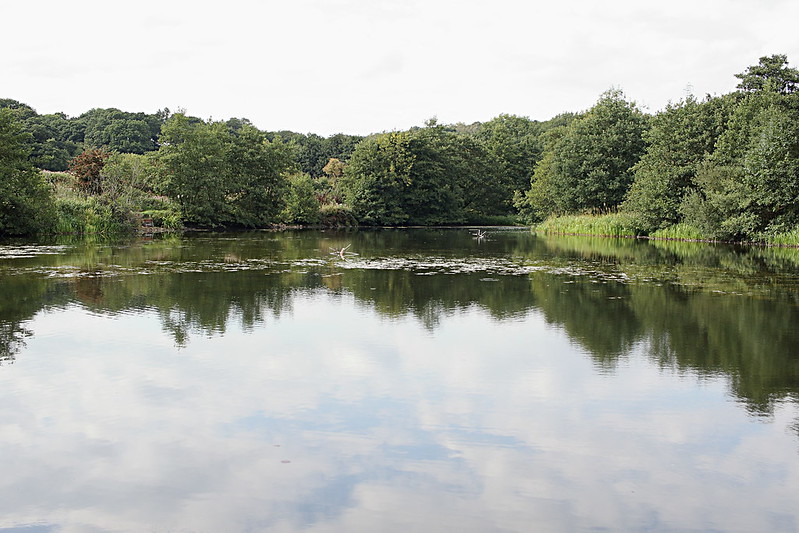 As usual the image files are on flickr where, after clicking on them, you can see larger versions. There are several other photos within the same album so it is worth having a look at them on flickr.