A bit of an overcast wet day today. Not the best of days to be venturing out looking at trees for day 6 of the Bradford Photo a Day where, you guessed it, the word is Tree.

See here for the first posting on this – marfell.me.uk/wordpress/?p=266

This was my submission for the day:- 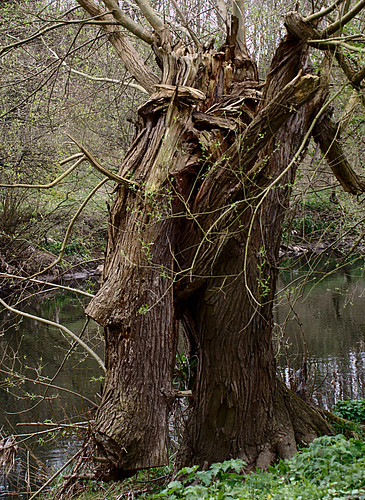 It is, I believe, a Crack Willow (Salix Fragilis). It is on the River Aire in Baildon. There are several along the river bank. And many of them have cracked and fallen. Along the river bank there are also trees that have gone to pieces:- 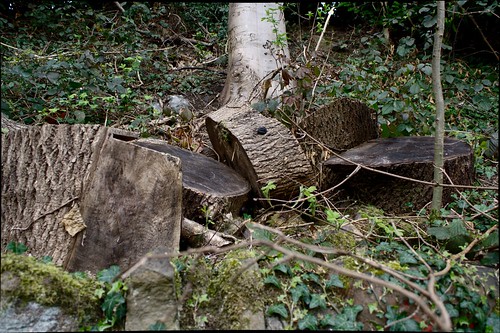 Others that were half naked:- 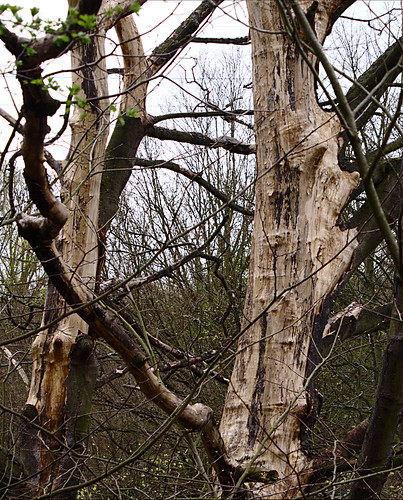 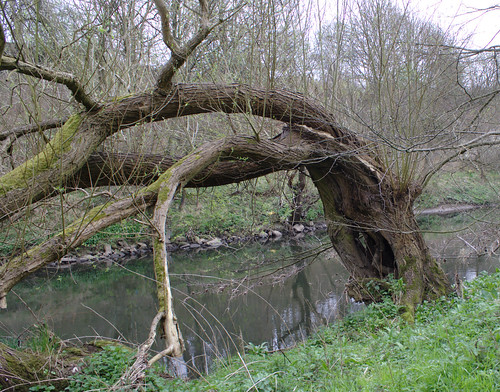 There are also plastic bag trees in various stages of coverage:- 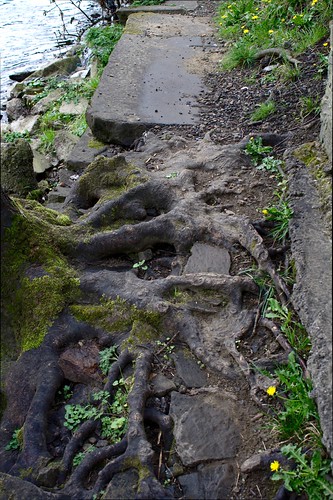 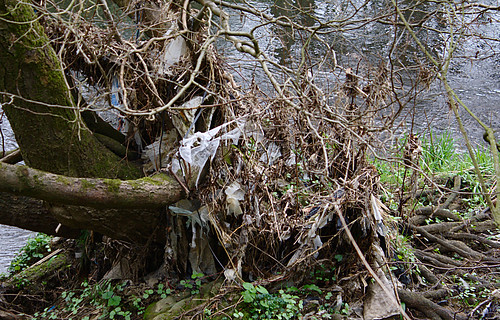 Some trees have hidey holes – 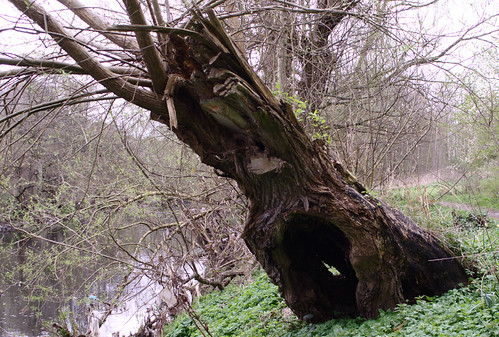 Some have split to show their insides, that then look as though they are being hollowed out by insects and birds – 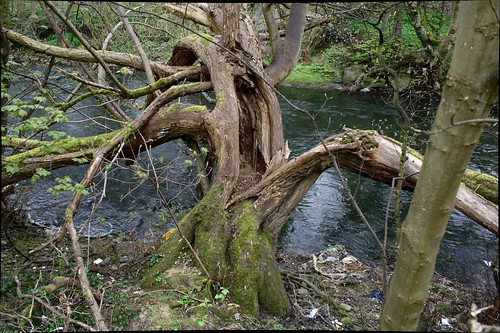 This tree, stripped of most of its bark lower down is probably going to stay bare – 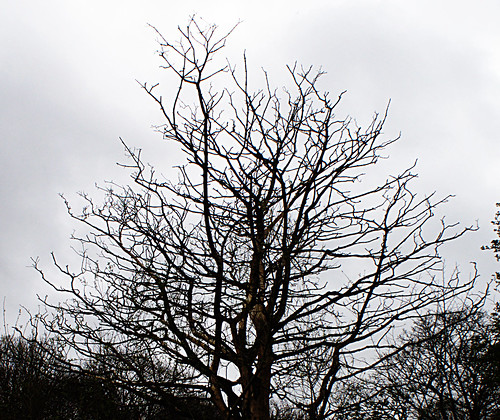 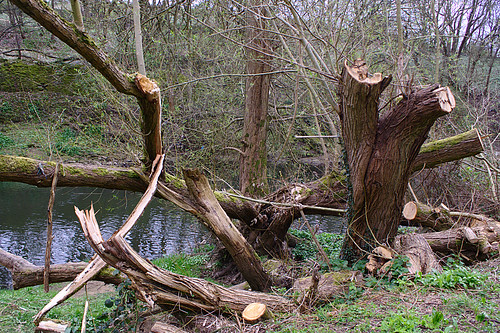 When I first ventured out for a tree photo I went down to Thompson Lane. The field there has what I thought was a single tree, on its own, that would make a good photo. It turns out that it is actually two trees and there was no where that I could get a shot with the sky behind the tree – too much around it. When you look at it it is very easy for the trees behind to be out of focus and ignored, but when taking a photo it is a different matter. The trees behind would not let the tree stand out. It is in this tree that I heard, and then managed to photograph, a Great Spotted Woodpecker at the beginning of March:- 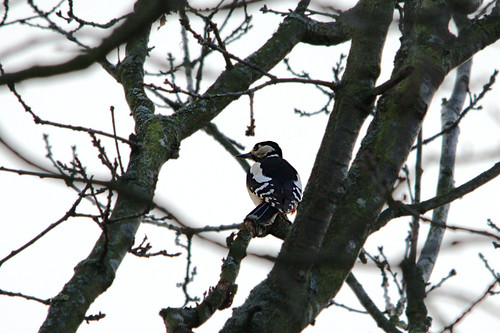 When I got to the field at Thompson Lane I also went into the woods behind it for a few minutes. Again I heard and saw a Great Spotted Woodpecker. I didn’t get any shots of it because I had my small lens on the camera in preparation for taking photos of trees.